Robotics for beginners – where do you start? 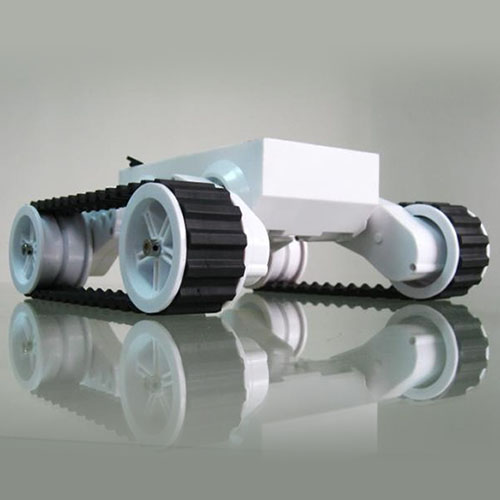 When you or your kids are ready to take the next step up from Lego, how do you explore the world of building robots without jumping in the deep end?

My son is about to go into Grade 6 and his passions include mathematics, computing and Lego. Let’s call him Mars – the code name his mother and I use when we don’t want him to know we’re talking about him (Mars also has a little sister Venus).

Like many of his friends, Mars loves Lego and has also discovered the amazing world of Minecraft. I built a private Minecraft server for Mars and Venus to play on but, before Mars sinks too much time and effort into building grand virtual structures, I’m wondering if it’s better to focus some of that effort and creativity into the physical world.

Mars’ teachers have introduced him to the Hopscotch programming environment designed for children. Before that he’d already discovered the Scratch platform – also designed for students – and started to create his own games. Rather than have him just staring at a screen, I thought I might try focusing his energy into the physical world. Robotics seems the perfect field – combining programming, electronics and mechanical engineering into a long-term project which lets you get your hands dirty in code, circuit boards and gears.

So where to begin? The Lego Mindstorms EV3 kit is one obvious place, although the $500 price tag is a bit steep if you’re just dipping your toe in the water. For now I’d like to keep things relatively cheap and simple.

I’ve got a spare Raspberry Pi mini-computer lying around, which I was already considering giving to Mars to see what he could do with it. I looked at the BrickPi project but the problem is that you still seem to be dependent on expensive Lego parts.

Along with price, my other consideration was not making it too steep a learning curve for Mars. He’s only 11 – I want to spark his interest rather than crush his enthusiasm, so I went in search of a robotics platform which links into the Scratch programming environment he already uses. In the end I settled on the Laika Explorer – a Kickstarter project designed to link the Raspberry Pi circuit board to robotics gear such as motors and servos. The great thing about the Laika Explorer is that you can program it via Scratch, Python or C – so it’s easy for Mars to get started and it gives him room to expand when he’s ready to tackle raw code.

The final piece of the puzzle is hardware to control. I went with the DAGU Rover 5 chassis – basically the bottom half of a tank that comes with four motors which connect to the Laika. The Laika and Raspberry Pi circuit boards sit on top and you can control everything via Wi-Fi using Scratch on a computer.

There are plenty of robot chassis kits to choose from, but I decided to start with the DAGU Rover 5 because it’s not too expensive and Laika’s developers used it as part of a demonstration project so I know all the hardware will play nicely together. If Mars takes a liking to the mechanical side of robotics we might even try building robots from scratch using something like the Actobotics system.

I thought a robotic car would make a good first project as it’s a little more exciting and interactive than something like a robot arm. It’s also easy to expand the project over time, perhaps adding a camera and other sensors as we become more confident and decide what we want the robot to do. Mars and Venus have already started helping me shoot footage for video product reviews, so maybe we could work on a robotic camera dolly. I think projects are more interesting when they have real world applications.

The original plan was simply to hand all the pieces to Mars as a Christmas present, but I don’t want to throw him in the deep end so I think it might work better as a joint project. I learned a lot about the Raspberry Pi while building a coffee table arcade machine, so I can share some of that knowledge with Mars to help him along the way. He can be the project manager and I’ll be the technical consultant. If he takes to robotics then it might lead to bigger things, if not we’ve still spent some quality time together and broadened his horizons.