Samsung Galaxy Note 4: The One Phablet to buy? 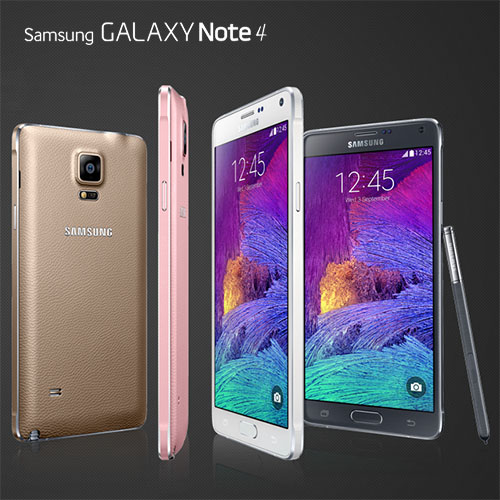 If you’re Samsung (and the chances are that you’re not, sorry to disappoint you) then it’s got to be somewhat galling in the large screen smartphone space.

Apple’s had remarkable success with the very large screened iPhone 6 Plus, and everyone from Huawei to Sony has released exceptional large screened smartphones, commonly (though annoyingly, to my ear) referred to as “phablets”.

For Samsung, though, it has to be annoying, because they can quite legitimately claim to have been first, having been through multiple generations of its large screened Galaxy Note series. When the first Note phablet launched, there was a large quantity of curiosity as to whether anybody would really want or use such a massive phone, and especially one that wasn’t terribly pocket-friendly in the first place.

Samsung’s latest entry in the Note series, the Note 4 is certainly large, with a 5.7 inch Super 1440×2560 pixel AMOLED display that can look truly beautiful in the right light. Underneath the display lurks a 2.7GHz Qualcomm Snapdragon 805 processor and 3GB of RAM, which gives it plenty of processing power. Inbuilt storage is only 32GB, but like most Android handsets, it can be expanded via microSD storage. The rear camera has a 16 Megapixel sensor, while the front-facing camera is a more modest 3.7MP shooter.

While the internals have had a very welcome upgrade, the same isn’t entirely true for the exterior, which still runs with Samsung’s faux-leather plastic back a particular lowlight. While most Samsung phones are distinctly all-plastic, the Note 4 has a metal rimmed edge, which makes it feel nicely solid in the hand, although not quite as imposing as the similarly sized iPhone 6 Plus.

Like previous Note iterations, the name isn’t just for branding purposes, but because a stylus (dubbed the S-Pen, because it’s Samsung’s Pen, you see) sits at the bottom of the phone. When using previous Note phones, I’ve found myself often forgetting about the S-Pen because I personally don’t much like scribbling on glass, but the Note 4’s S-Pen’s overhaul had even me rethinking that view, thanks to the genuinely useful new radial menu system that brings up a group of context sensitive actions for whatever content you’re using at the time, whether it’s flicking applications around the Note 4’s screen, grabbing selected bits of copy, or, indeed, scribbling on what is still just a glass screen.

One of the neater add-on features of the Note 4 is the ability to pair it with Samsung’s optional Gear VR virtual reality headset. I’ve only had a brief amount of time with the Gear VR headset, but while my own impressions leaned towards the gimmicky, there’s a lot of potential in the VR space. As if to prove this, Qantas has just announced that it’ll be offering Note 4 handsets and Gear VR to selected customers to provide information and entertainment services, although before you get all excited about your next flight, it’s for first class passengers only at this point.

Big phones need a big battery, and here the Note 4 is more of a mixed offering. Its inbuilt 3220mAh battery is certainly large, because one of the key benefits of a larger handset is that you can pack more battery capacity in there, but the high resolution screen is something of a battery hog compared to other phablet devices. While smaller screened, smaller battery phones often struggle to make it through a day, one of the advantages to stuffing a glass-covered surfboard of a phone into your pocket is that you should be able to go at least a couple of days between charges. The Note 4 had no issues going over a day in my tests, but two days charge was often elusive unless I was relatively sparing with usage. When I’m carrying a device this large, it’s fair to expect that I’m going to want to use it quite a lot.

At $949 outright, or on contract from the major telcos, the Note 4 is an interesting option in a sea of other phablet devices. That’s probably its biggest problem, because outside the S-Pen (included) and Gear VR (which you’ll have to pay extra for) it’s just another option. If you’re going to use the S-Pen as a heavy productivity tool it’s got some appeal, but in the wider space, while Samsung can claim to have been “first”, the Note 4 is a good, but not outstanding choice.