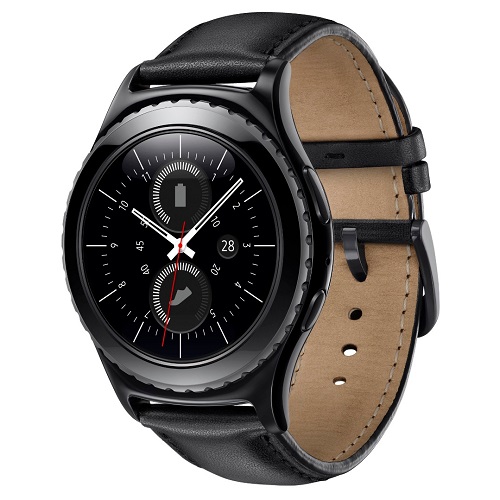 I’ve spent a fair amount of time this year testing out the various smart watches that manufacturers such as Apple, Samsung, Sony and LG insist are the future of portable computing. As somebody who loves a good gadget, there’s something somewhat instinctively appealing about the prospect of having a Dick Tracy-style smart watch that can take calls, relay information and even read my heart rate if I so desire after a lengthy run.

Apple’s grabbed itself significant mindshare with its Apple Watch, but it’s a pricey prospect, starting at $499 and going all the way up to a mind boggling $24,000. Most of the “value” in the Apple watch is in the design, and specifically the design of the wrist strap, which is where the pricing can vary a lot. At an IT hardware level, there’s no difference at all between the $499 model and the $24,000 model. As a fashion accessory, I can see why some folk like the Apple Watch, but it’s not the only player in town.

Samsung’s released a number of smart watches over the past few years, and its latest effort is the highly appealing Samsung Gear S2, which costs either $499 with a dark grey or white rubber strap, while the S2 Classic comes with a more standard leather strap for $599.

It’s hardly the first circular Android compatible watch — that credit goes to Motorola — but it’s the first I’ve used that makes a lot of sense of that circular shape beyond simple style notes. The bezel around the circular face rotates, and that rotation can be used to assist in menu selection on the Gear S2’s AMOLED display screen. It’s a simple mechanism that works very well. Apple tries for the same effect with the “digital crown” winder on the side of the Apple Watch, but I think Samsung’s beaten them to a truly useful effort, as it’s a lot easier to simply scroll with the watch face than fiddle with a small dial on the side of the watch face.

The Gear S2 runs on Samsung’s own “Tizen” operating system, but unlike previous Tizen devices, it’s not limited to Android users on Samsung’s own phones. Any Android 4.4 device with at least 1.5GB of RAM can pair with the Gear S2, once a few key Samsung Apps are downloaded. The experience of using the Gear S2 is similar to, but not quite identical to using Google’s own Android Wear operating system, with a sensible layout for notifications, which can be tailored to just about any notifying app on a paired Android smartphone, as well as fitness tracking, calendar notifications and music control.

The one thing — and it’s a curious omission — that the Gear S2 doesn’t cover is call answering. Yes, it’s still slightly strange to talk directly to your watch, but this is something that Samsung’s had in previous Gear watches, so quite why it’s missing is a bit of a mystery.

At $499 the Gear S2 competes well with the entry level “Sport” Apple Watches, but there’s still a slightly larger problem, and it’s one that besets every smart watch available right now. They’re great for notifications, and decent as activity trackers if you’re a fitness fan.

Beyond that, however, nobody’s yet made a really “killer” application that will drive smart watches from being an interesting tech gadget into a must-have device. Computers got that with the birth of productivity applications, going all the way back (if you like) to Visicalc, which led to Excel, Word, Windows and everything else you do with a PC. Smartphones got it when the jump occurred from “feature” phones that were just communication-centric devices to app-ready computers with the iPhone 3G.

This has the potential to be a larger problem for devices like the Gear S2 because unlike the Apple Watch (which Apple ties into the whole iOS experience) or Android Wear, which runs across a number of smart watches, Tizen is Samsung’s own OS. Samsung is number two in smartphone sales, but that’s for an Android product. Getting developers onboard just for Tizen will be a tough sell in the future.

Smart Watches are, I think, still waiting for that revolutionary moment or application to make them a must-buy prospect. I’m well and truly geeky enough to enjoy wearing one in any case, but that’s not enough to make them a must purchase prospect for everyone. Until somebody hits that sweet spot that makes it a better prospect than taking a smartphone out of a pocket or a laptop out of a bag, I suspect they’ll stay in that niche too.