Samsung Gear VR: A glimpse of the future 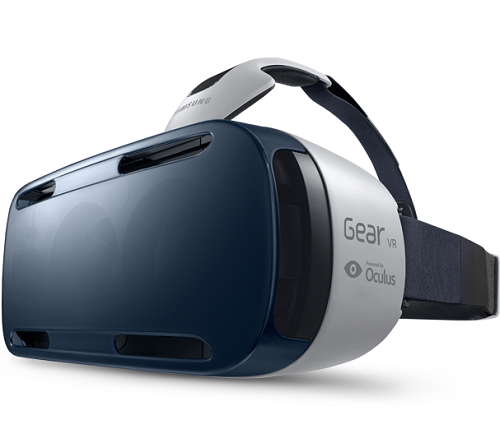 The Gear VR isn’t, by itself, terribly expensive at $159 outright through Samsung’s online store, or if you’re close enough to its couple of retail locations from there, but there’s a slight catch here. Each model of the Gear VR only works with a selected range of premium Samsung Galaxy phones; in the case of the third generation set, it’s designed to work with the Samsung Galaxy S6, S6 Edge, S6 Edge+ and Note 5 handsets. Or in other words, the premium handsets that Samsung’s put out this year, all of which hover around or over the $1,000 price point. So right off the bat, you’re looking at a significant investment to get into the VR space, even if the headset itself is comparatively cheap.

Samsung are far from alone in this space, with Sony pitching its Playstation VR headset, which I’ve had a very limited amount of testing time with, as well as HTC with its slightly delayed HTC Vive headset, which it’s developing with games giants Valve. The Playstation VR and HTC Vive aren’t expected to arrive on store shelves until 2016, and it’s also possible, but not guaranteed that we’ll see some kind of release for Microsoft’s similar Hololens product next year.

It’s also worth noting that if you want very basic VR, Google has “Google Cardboard”, a very low cost VR initiative that, as the name suggests, you can build yourself out of nothing much more than cardboard and a compatible Android handset. I’ve tried out Google Cardboard extensively, and while it works, I’ve never found a handset and cardboard combination that didn’t leave me violently nauseated within only a minute or two of usage. With that in my mind, my expectations for the Gear VR weren’t high.

The Gear VR 3rd Generation does at least dodge the cardboard nausea problem with my eyes for the most part, although prolonged wear still isn’t advisable, especially for some VR experiences. Setup is nicely simple with your phone locking securely into the front of the headset. If you’ve never used a Gear VR before, it’ll prompt you to install the Oculus software and set up an account for usage, at which point you can start using it. The headset tracks your motion as you move your head around, but it’s not sophisticated enough to track any 3D movement of your body. Instead, a trackpad at the side allows you to make selections based on the context of whatever you’re doing.

I wear glasses, and this concerned me as many headsets aren’t always specs-friendly, but here the Gear VR acquits itself well, with enough space for my glasses and a focus wheel to help you get images into crisp focus. I did find with some experiences that I had to adjust focus more than once, however.

The actual app side of matter is handled via Oculus, with a variety of immersion games and experiences on offer, some more immersive than others. I do rather like the inbuilt cinema, which puts you virtually in your choice of theatres and gives you a large screen experience to enjoy. If you’ve already got an applicable phone and you travel on planes a lot, it’d be an easy way to get your own private in-flight cinema, as long as you preload your movies to your phone and bring bluetooth headphones.

There’s also a beta version of a web browser, which I’m certain ticks off a selection box in someone’s goal list somewhere, but is practically not terribly user-friendly. I still can’t see a use for a VR headset to do something you can do much more easily with a direct phone.

The Gear VR is a nice bit of kit at a reasonable price if you’ve already jumped the hurdle of the cost of the phone, and it’s a great look into where VR is going. At the same time, it’s limited in ways that the VR headsets due out next year won’t be in terms of movement, and it’s still somewhat lacking in that genuine “killer” application that’ll be a real inflection point for the widescale adoption of VR.