Samsung makes its productivity play with the Galaxy Note 8 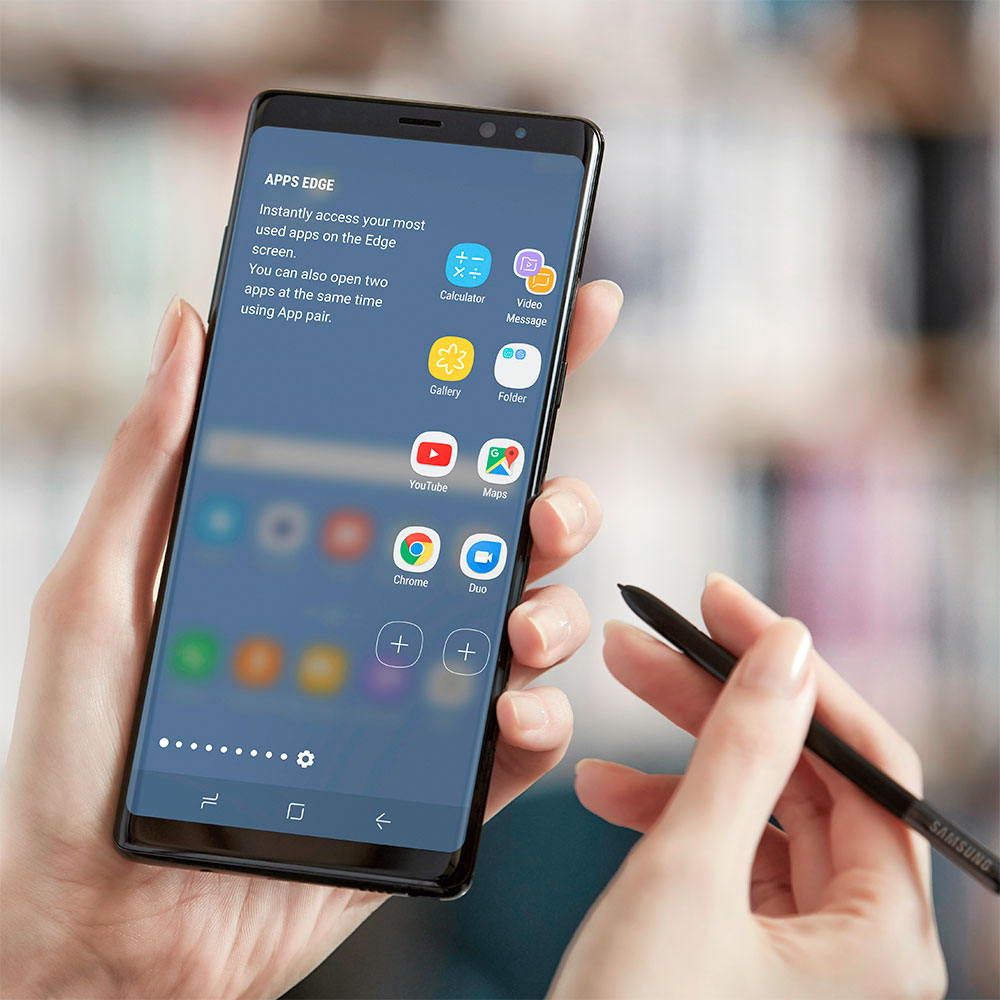 Samsung recently announced its latest premium smartphone, the Galaxy Note 8 at a flashy event in New York City, followed up very rapidly by opening up pre-orders for the device in Australia less than 24 hours later. That’s the fastest I think I’ve ever seen a newly announced device go to a sales channel, although actual devices won’t ship until September 22 in any case.

Samsung is hoping to erase the terrible failure it had in the Galaxy Note 7, which, if you remember, had to be recalled at massive expense owing to a battery failure that could lead to the devices spontaneously catching fire. Samsung sent out new Note 7 devices… and then they started catching fire as well. The Note 7 was essentially written off in most markets, although Samsung has re-engineered some Note 7 hardware for selected markets with (as per Samsung’s claim) significantly safer batteries.

As it’s done for some years, Samsung pitches the Note series as its productivity devices, thanks in large part to its sizeable 6.3 inch display on the Note 8 and the inclusion of an inbuilt stylus that Samsung dubs the “S-Pen”.

I’ve been a big fan of the Note series in recent years, but I don’t find I use the stylus all that much. Then again, I’m much more of a keyboard user in any case. Alongside the productivity focus, the Note 8 will also feature Samsung’s first dual lens camera on the rear, with options for both wide angle and telephoto photography. Samsung likes to think of the Note series as a productivity powerhouse, but the reality is that it has plenty of fans who are just regular consumers too.

The extra weapon that the Note 8 will be able to rely on is Samsung’s DeX docking station. This is the charging and screen relaying dock it launched back with the Samsung Galaxy S8 that promises a desktop-style experience when you drop your phone into the DeX dock. I’m yet to test out the Note 8 with a DeX dock, but I have had extensive testing experience with the Galaxy S8 and DeX to work out whether it lives up to Samsung’s claims. The Note 8 should be a little more powerful, and it’s promising better overall full-screen Android app compatibility, but can it really replace your laptop as a go-to machine?

I’ve got my doubts, based on what it’s like using the DeX dock with a Galaxy S8. For very basic, fundamentally web-based tasks it’s adequate, but really only just when compared to using a full laptop with proper multitasking and apps built for that environment. Pairing up the phone with a keyboard and screen is simple enough, and it’s useful that it will also charge the phone when docked, but the experience of working on what is still fundamentally a small-screen touch interface blown up full screen still isn’t overly competitive against even a mid-range laptop experience.

That’s not to say that it’s a solution with no users; I could well see certain work niches where it could work very well. A builder acquaintance of mine is a big fan of the Note series and uses the stylus frequently, as well as a little light email and invoice generation work from his phone. The prospect of dropping it into a dock and taking that fullscreen after a day’s work could be a real lifesaver for him.

Ultimately the DeX dock is just an add-on for what’s already a premium priced phone. If you’re already keen to upgrade to the Note 8 (or for that matter, you’ve got a Galaxy S8 already) it’s reasonably priced at $199, and works acceptably well for what it is. Will it replace everyone’s laptop along the way? It’s not likely, but it does bring focus to the fact that today’s smartphones are getting very powerful over time.