Samsung’s Galaxy Fold is surprisingly fun, but not cheap 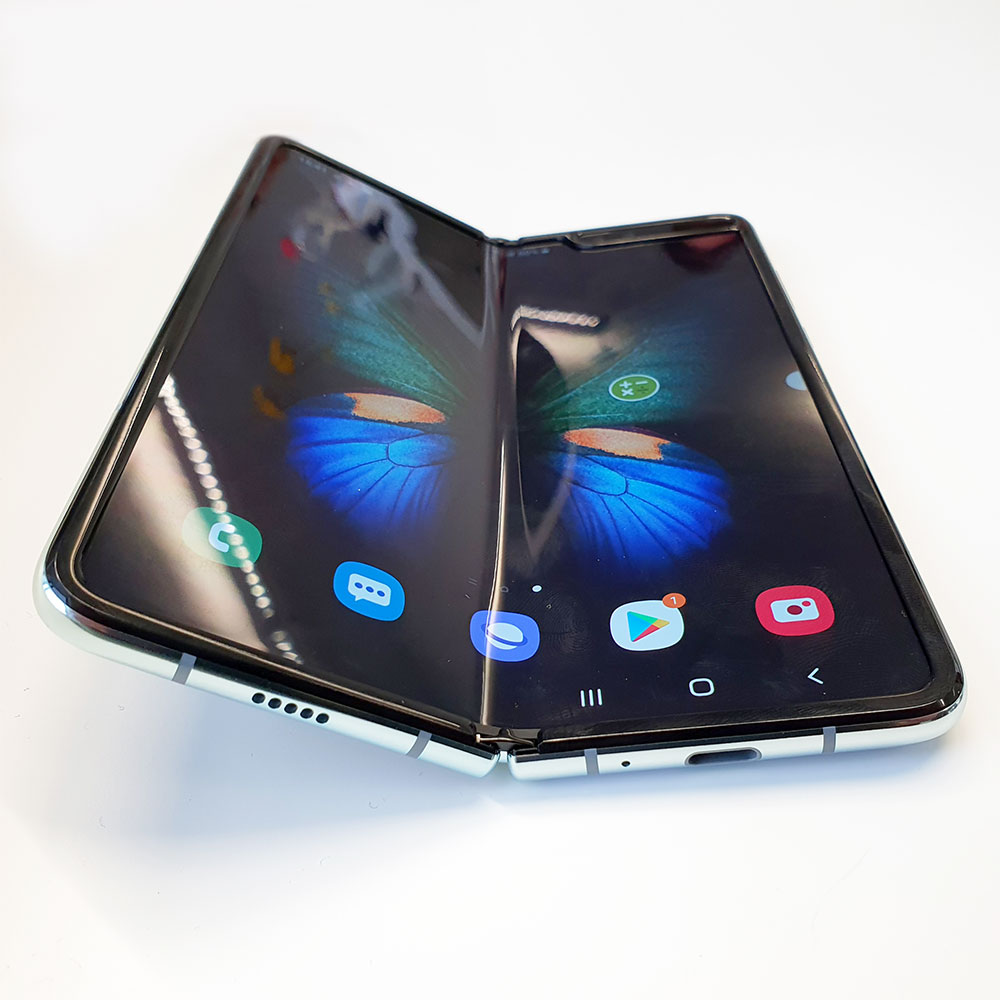 At the IFA trade show in Berlin, I had the opportunity to go hands-on with Samsung’s new Galaxy Fold. Not for quite long enough to write a full review, given I had 45 minutes, but enough time to run through its major features, as well as to spot some of its less than stellar compromises.

The Samsung Galaxy Fold is a phone/tablet hybrid that Samsung was going to launch in Australia by mid-year. Then, just prior to its US launch, reviewers noticed significant durability issues with dust getting in and what appeared to be a screen protector but was actually part of the actual screen being accidentally peeled off. Samsung cancelled those launch plans and went back to the drawing board, and it’s the revised unit I had the chance to check out.

The Galaxy Fold’s primary selling point is in its name. It’s a foldable phone with quite a small 4.6 inch external display that folds outwards to reveal a much larger 7.6 inch internal display.

By itself, that’s a nice large size to browse web pages or scroll through your photos, but it’s in the way Samsung’s addressed that larger screen that it gets some genuine productivity boosts.

You can run 3 apps on the display — one larger and two smaller apps — so it’s feasible to research on a web page while having, say, YouTube videos running and a copy of your calendar onscreen all at the same time.

When you’re done, you fold it up into a smaller device that pretty easily slips into your pocket – although it is a little tall when you do so. Whatever the primary app you had open will display on the outside screen.

It’s also surprisingly satisfying to simply fold and unfold it. The engineering feels solid, and while it makes for a thicker phone than any other flagship these days, I spent a lot of my test time simply opening and closing it up.

There are some significant catches, however. The folding mechanism leaves a visible “crease” in the display, and it’s one that you can feel when you run your finger across it. Where most flagships use Corning’s Gorilla Glass for durability and scratch resistance, the need to fold the Fold’s screen means that it uses a plastic display that may have some scratch issues. Samsung wasn’t keen on the idea of me “experimentally” running my keys across it, so I politely didn’t try.

The external screen isn’t all that big, but it’s surrounded by a very significant body frame. Given Samsung’s work in providing full-screen standard smartphones, it felt weird that the Galaxy Fold doesn’t follow suit with a larger external display.

Foldable devices have been a big theme in mobility this year, but we’re still in the first generation of them. Samsung’s started selling the Galaxy Fold in South Korea, but there’s not an announced timeframe for when we’ll be able to buy one in Australia. What we do know is that it won’t be cheap. Based on existing pricing, it’s likely to come in at around $3,000 outright. That’ll be for a 4G model, too. Samsung is making the Galaxy Fold in a 5G variant, but Samsung representatives told me that we’ll only see the 4G model in Australia.

The Galaxy Fold is fun to open and close, and I can see the productivity benefits of the way it handles multiple apps at once, but that price means it’s really only likely to be a device for very few people.