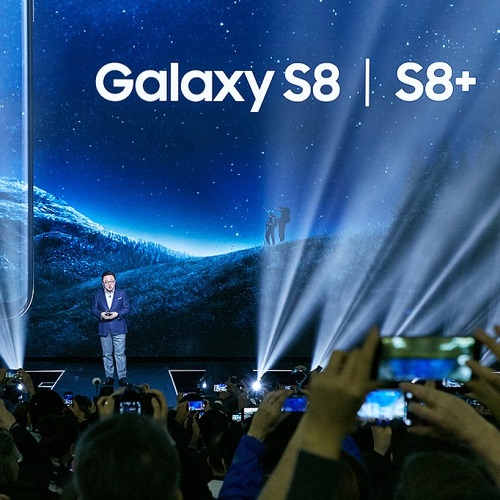 Samsung recently announced its latest premium smartphone in the form of the Galaxy S8 and Galaxy S8+. Prior to the launch there wasn’t much that wasn’t already known about the new phones, which combine curved screens, a la the phones that Samsung used to throw an ‘Edge’ suffix onto with high powered processors, water resistance and the latest version of Google’s Android operating system.

All so far and so good, and entirely what was expected and needed from Samsung following the debacle that was the Note7 handset. However in the world of premium phones, you need to go a little bit further than just throwing in a faster processor and hoping consumers will flock to buy them. What we’ve seen in mid-range phones recently shows that we’re hitting a power peak where you don’t have to spend a fortune in order to get an entirely capable handset, even if you’re a relatively heavy phone user. That means that premium phones have to offer a bit more again, whether it’s design or additional features.

Samsung’s design for the S8 and S8+ is certainly eye catching, with no front buttons at all to distract from the curved glass. The front buttons are virtual, while the rear houses the fingerprint scanner. It also features an iris scanner and facial recognition to unlock your phone, although the latter isn’t the most secure idea ever. Samsung is also bundling its own “Bixby” AI to take on digital assistants such as Google Assistant or iOS’ Siri, and Samsung reckons it will learn more vocabulary and perform more functions than its competitors. That we’ll have to wait and see, with early sample not yet running the full Bixby package.

Where the Galaxy S8 really caught my attention was via one of the peripherals. The $199 DeX dock covers the basic charging functions you’d want out of any dock, but also acts as a desktop-style hub, with ethernet, USB and HDMI output for connecting to an external monitor and keyboard. Samsung says they’re working with companies such as Microsoft and Adobe to ensure that the DeX experience for a docked phone is essentially laptop-like.

The appeal of a single device that’s also your office is quite readily apparent, but it’s not one that’s unique to Samsung. Some years ago Motorola went down this path with its Atrix phone, which had an optional laptop body you could slide the phone into. Do so, and a virtual Firefox browser-based OS popped up. It was a neat idea for its time, but the underlying phone hardware really wasn’t up to the task, and as such it rather quickly flopped.

Microsoft has also tried at this concept with Continuum for its Windows 10 Mobile platform. Again, this used a dock and its own phones (or the very limited number of third party Windows 10 Mobile phones) to give users a Windows-10 style experience every time they docked their phones. While it has its own bugs and limitations, it’s a more fully realised experience, held back largely because Microsoft’s actual phone market share is essentially zero, especially in Australia. It’s hard to trumpet a feature that virtually nobody uses because no-one has your phones!

Samsung is in an interesting position here. In the laptop space it’s a very minor player. At CES 2017, it launched a number of interesting laptop models, and I was disappointed to note that Samsung Australia had no plans to launch them locally. But in phones it’s a powerhouse, and one of only two players in the smartphone space that makes actual profits. Not everyone will need a Galaxy S8 to speak of, but plenty will opt for one when their contracts roll over, especially if you were coming from, say, a Galaxy S5 or Galaxy S6 phone. There the power jump would be quite marked. A large quantity of users and a relatively inexpensive dock could lead to an entirely new ecosystem for Samsung, and a neat way for it to jump into the laptop and desktop space entirely via its phones.