Shop around when selling your old technology 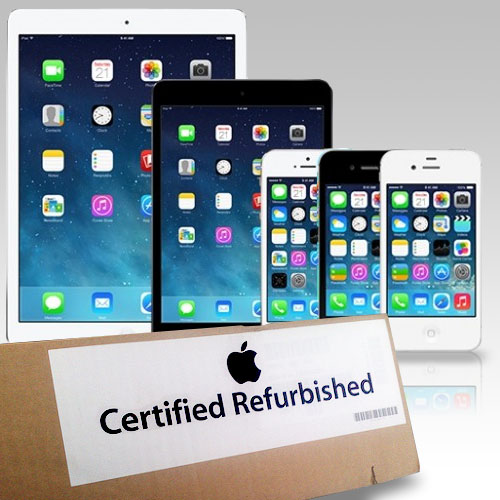 Got an iPhone or early generation iPad gathering dust?

Apple announced this week that it will offer Australian buyers up to $250 for an old iPhone or up to $215 for an old iPad in trade-in value against a new device when purchased at one of its 21 Apple stores located nationwide.

On the surface, that seems like a reasonably good deal; you take a serious chunk out of the price of an iPhone 5s or an iPad Air and get rid of clutter at the same time. If you like the Apple store experience — and many do, but some don’t — you also get to buy and set up the device of your choice on the spot.

The thing is, it’s much more of a win for Apple than it is for you in almost every circumstance. Apple’s announced the trade-in deal as part of its overall recycling scheme. That’s laudable, because the chemicals that go to making a lot of the circuitry underlying most modern technology are seriously nasty things that really shouldn’t go out into general waste, but at the same time, the caveats and catches around the deal, alongside the reality of what you could get for a good working iPad or iPhone of recent generations makes it less appealing.

For a start, if you were an early adopter of the first generation iPad, you’re out of luck, because they won’t give you any trade value for it at all. The same is true of the iPhone 3GS as well. Equally, they won’t take trade-ins for current model devices at all, so you can’t trade towards a higher storage capacity device, either.

Then there’s the issue of the “up to” value. Devices are assessed in store, and it doesn’t take a genius to work out that an iPhone or iPad in shiny condition would get more than one that’s been scratched, dinged or has other woes. It’s also a fair bet that any units traded in could be used for either parts or refurbished entirely to then be used for warranty repairs or even sales. A quick money saving tip here; Apple doesn’t resell old iPhones, but it does offer refurbished iPad models through its online store, which you can find here. You won’t find much in the $215 or less category, though — and you can’t trade in towards refurbished iPads anyway.

That brings up the other problem, and it’s that if you’re willing to do the legwork yourself and list your iPhone or iPad online, you can command a bit more than $250 for it, especially if you’ve been careful with it. There are some obvious pitfalls there in terms of making sure you get paid for your device, but that does also offer the carrot that, presuming things went well, you’d end up with actual cash. Apple’s deal only applies to a trade-in towards a new iPad or iPhone, whereas cash is generally acceptable everywhere.

The Apple deal isn’t the worst — there are plenty of online phone refurbishers who will actually give you less value, especially for iPhones — but it’s essentially a deal that keeps you in the Apple ecosystem (so Apple wins there), while giving Apple more of your money, because you’ve got to make the difference in trade-in value up on the spot (so Apple wins again) and hands over parts that could be used either for repairs or refurbished units — yet another Apple win. In essence, while it’s nice to get the option if you’ve got an Apple store nearby, do your homework before signing on the dotted line.