Should you upgrade to Windows 8? 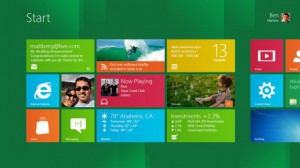 Microsoft’s finally released Windows 8 to the paying public. It’s a topic we’ve covered before — Windows 8 are you ready for change? — but with the code finalised and Microsoft ready to take your money, the question arises: Should you offer it up, and what, exactly, are you getting?

The new fundamental shift in Windows 8 is away from the Start Menu and towards what Microsoft’s now calling the “Modern UI” — it was previously Metro, but a trademark dispute saw Microsoft change naming strategies rather late on — but for most upgraders, the actual Modern UI isn’t going to be that enticing, for one very simple reason; it’s been designed to work most optimally as a touch interface. Microsoft’s had touch ability in Windows going all the way back to Windows XP, but it was always a rather stopgap solution that never worked all that well. The Modern UI has Microsoft shoving its entire operating system towards touch, and if you’re upgrading a system that doesn’t have some kind of touch screen, you’ll find it a slightly lesser experience than if you do; if you’re looking to upgrade your entire machine in the next twelve months or so, you can expect to see a lot of touchscreen tablets and notebooks out there.

Which isn’t to say that you can’t use Windows 8 without touch; there’s just a slight learning curve to overcome, especially if you’ve got habits ingrained in you from years of Windows usage. Windows 8 isn’t just a pretty touchscreen interface and a Windows application store; there’s also code optimisation under the hood that should — in theory — see the operating system respond more quickly to commands, handle multitasking and hopefully crash less. I say hopefully because this is software; it’s not uncommon for problems to arise in any operating system.

If you really do loathe the Modern UI, it’s also relatively trivial to replace it with a start menu in any case; check out Classic Shell to make Windows 8 feel more like Windows 7.

At launch, the one thing you can’t do is buy a “full” copy of Windows — that is, a copy that could be installed on hardware that’s never had Windows XP (or better) on it before — directly from Microsoft. There is a package for those kinds of purposes; largely that’s the domain of folks building their own PC from scratch.

Instead, what Microsoft’s offering are upgrade packages, and rather more specifically to the Pro version of Windows 8. You’re most likely to see “just” Windows 8 (as distinct from Windows 8 Pro) on prebuilt laptops and desktops, but at the asking price of $39.99 (for online sale) or around $69.99 (for a boxed upgrade copy), it’s reasonably priced.

That’s not an instant you-must-buy qualification, however; just because it’s cheaper to upgrade than it’s been before doesn’t make it a must-buy proposition. Modern UI with a mouse isn’t the quickest thing, and some applications won’t display on the Start Screen at all, meaning trips to the Desktop could become rather common. If you’ve got an older machine that still meets Windows 8’s requirements it could be a good way to upgrade the operating speed of your system, as Windows 8’s underlying code appears to be rather well optimised, but if you’re happy with Windows 7 right now, and especially if the Start Screen doesn’t thrill you, it’s not something you have to rush into.