Skippa gives you a break from TV adverts 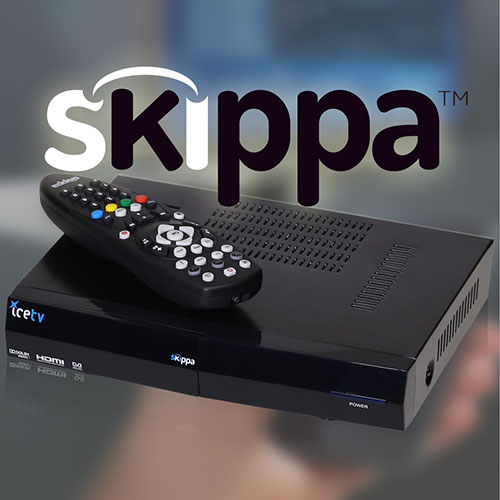 Truth be told I don’t watch live free-to-air television very often, so when I do it always seems even more painful than I remember it. The broadcasters cram in more and more ads, until it feels like the commercial breaks run longer than the movie you’re actually trying to watch.

Once they do finally get back to the movie, the network plasters promos for other shows over the bottom of the screen. You can even be stuck with a permanent promo for something like MasterChef, sitting in the corner alongside the station watermark as a constant distraction. I usually last about two ad breaks before I turn it off in disgust.

If I really want to see a movie I’ll pay a few dollars to hire it rather than have the free-to-air broadcasters ruin it. Of course you don’t always have that choice when it comes to your favourite TV shows, you’ll find some shows on iTunes or Google Play but not others. Free-to-air television may still be a necessary evil if you don’t want to resort to piracy.

Rather than suffer through live broadcasts, a good compromise is to record your favourite shows and watch them later. This is where a Personal Video Recorder comes in handy, letting you create a Seasons Pass to check the TV guide and automatically record your favourite shows each week. You might even watch the show later that same night, with the flexibility of fast-forwarding through the ad breaks.

IceTV’s new Skippa Personal Video Recorder can go one better than this; it can analyse your recordings and automatically skip the ads for you. It’s certainly quicker and more convenient than fast-forwarding or manually skipping in 30-second increments. This way you can spend more time watching television and less time shouting at it.

Obviously automatic ad skipping can’t come to your rescue when you’re watching a live broadcast. The box needs time to analyse your recordings, you need to wait about the length of the program before it’s ready to watch ad free. So if you record an hour-long show at 7.30pm, it should be ready to watch by 9.30pm. You can watch it sooner, but then you’ll need to deal with the ad breaks yourself.

One understandable shortcoming of the Skippa is that you can’t use the automatic ad skipping during “chasing playback”, when you’re watching the start of a show while still recording the end. In this scenario you still need to resort to manually fast-forwarding or skipping the ads.

Chasing playback is a handy way to avoid the ad breaks during live sport. For example if you record the footy and start watching at quarter time, by the time you zip through the ad-breaks you should catch up to the live broadcast some time in the last quarter.

Sadly the Skippa isn’t a miracle worker. It can’t peel away the promos, strip away the watermarks and do away with the broadcasters’ other annoying habits which make commercial television so painful to watch. Removing the ads will certainly win over many homes, but it’s perhaps too little, too late for those of use who have turned their back on traditional television.