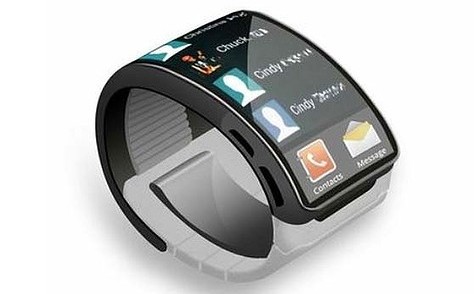 As I write this, it’s a couple of days away from when Samsung is expected to announce the Samsung Galaxy Gear, a smart watch device that’s expected to join the Pebble and many others — including a heavily rumoured Apple “iWatch” — in the field of wearable computing.

So why would you want a “smart” watch, anyway? The current models all tend to work in conjunction with an existing smartphone, taking advantage of the fact that technology that you’re wearing is easier to interact with than anything you may or may not be carrying around at a given point in time. If you’re sent an SMS, or an email or other form of communication right now to your smartphone, there’s no way of checking how urgent it is without pulling your phone out of your pocket, which is both time consuming and rather obvious. Glancing at your wrist is simpler, faster and generally socially acceptable, but this is just the easily understood tip of the iceberg when it comes to wearable computing concepts.

The Galaxy Gear is strongly tipped to feature its own camera, voice commands and a pedometer, making it a companion device with a bit more flexibility than just letting you know what your phone is up to. There are challenges for smart watches — battery life being the most notable one, as most people are likely to forget to charge their watch — but it’s really just an entry point for even more mobile technology.

Google’s Glass project is probably the best understood of the current crop of wearable technology; a pair of spectacles with an inbuilt camera and heads-up display that enables you to access Google’s services, overlaying internet data onto the real world. It all sounds rather like the work of science fiction until you realise that Google still intends to launch Glass as a mass market retail product this year. Most pundits predict that wearable computing will be a massive market within just a few years, and while they’re not always right, it’s not hard to see how this could be so. It was only a few years ago that smartphones really burst onto the scene; now they’re in the hands of 37 per cent of the Australian population, second only in the world to Singapore.

Some of the concepts that have been touted around for wearable computing are on the unusual side. Nobody seems to be able to agree on what a smart shirt should do, or how to build one that would survive a run through a washing machine, for example. What’s clear, though, is that we’re on the cusp of technology moving well away from the desk and onto our own frames in a way that’s never been possible before.