Sony’s PlayStation 4 – back to basics 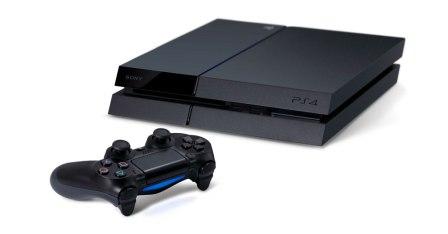 If you rely on a PlayStation for more than gaming then you might be frustrated with the launch-day limitations of Sony’s PlayStation 4.

Hardcore gamers will naturally be excited about the new generation of games consoles hitting the shelves, but it’s a mixed bag if you rely on your games machine as an entertainment all-rounder. The PlayStation 3 has evolved into a jack-of-all-trades which can replace every other AV device hooked up to your television, but a lot of these wider entertainment features are missing from the PlayStation 4 – at least at first. Sony has already backed down and agreed to restore some of these features to the PlayStation 4 in a future firmware update, but it’s still worth knowing what this shiny new console can and can’t do from day one.

Sony made no secret of the fact that the PS4 is initially aimed at gamers. It even left the camera out of the box to keep the price down, unlike Microsoft’s Xbox One, because Sony is convinced that serious gamers don’t care about such frivolities. Leaving out the camera seems a reasonable tactic at this stage and it’s likely that Sony will bundle it with the PlayStation 4 further down the track when it’s ready to target a wider audience. But Sony also stripped out many basic entertainment features from the PS4, features which most people take for granted these days in an internet-enabled entertainment device.

Perhaps the most glaring omission from the PlayStation 4 is the lack of DLNA playback for streaming your photos, music and videos from your computer, handheld device or network attached storage drive. Thanks to DLNA your home entertainment library doesn’t need to stay locked away in those devices and it’s easy to access everything from the big screen in your lounge room.

Ten years ago Sony was one of the original backers of the DLNA format and these days you’ll find it in practically every internet-enabled home entertainment device. It’s been a key feature of the PlayStation 3, yet for some reason Sony didn’t feel the need to include it in the PlayStation 4. This is likely to come as a shock to PlayStation 3 owners who take it for granted, using their console as a media player as well as games machine. After an outcry from customers Sony has committed to adding DLNA to the PlayStation 4 in a future firmware update, but the decision to leave it out in the first place smacks of a ploy to drive people to Sony’s online music and movie services.

It’s not just DLNA which is missing from the PlayStation 4 at launch. The new games machine can’t play audio CDs or rip them to the hard drive, not can it play MP3s or other multimedia files from a disc or USB stick. Thankfully the console still plays DVD and Blu-ray movies.

Once again Sony has also agreed to rectify the lack of CD/MP3 support with a firmware update. Meanwhile the PlayStation 3’s PlayTV tuner and Bluetooth remote control won’t work with the PlayStation 4 and there are no plans to change this. There’s also a dearth of internet video features at launch, apart from Sony’s own services, although this should improve with time.

If you’re only interested in new games you might not care about such things but it’s still worth knowing what the PlayStation 4 can and can’t do out of the box. If a PlayStation 3 currently sits at the heart of your lounge room then chances are you might be underwhelmed by the multimedia capabilities of the new PlayStation. It’s worth weighing up your needs and reading up on the details of the latest firmware updates before handing over your money for the PlayStation 4.