Still running Windows 8? The time to upgrade is now. 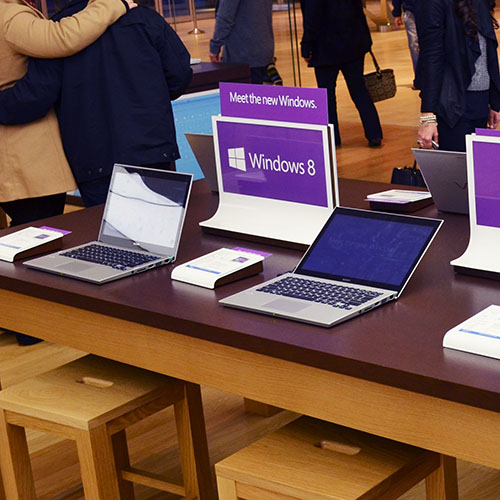 Microsoft’s Windows 8 was an interesting experiment for the world’s biggest consumer operating system company. Depending on whether you liked its live tile style, it was either a bold experiment or a rather painful and radical shift away from the standard Windows that users were accustomed to.

There seemed to be more folk in the latter than former camp, which led to Microsoft shifting away from its mostly-touch-centric approach with the Windows 8.1 update, and even moreso when it launched Windows 10 as a full free upgrade with just some of the user interface ideas from Windows 8 brought along for the ride.

If you’re still running a machine with basic Windows 8 on it, however, even if you do love what it does and how it does it, there’s a very solid reason why you should upgrade it.

This might feel like an unusual step, as while Microsoft upgrades with major versions of Windows every few years, it generally keeps to a rough decade support schedule for older operating systems. If you’re still lurking on Windows 7, for example, software support (in terms of patches and such) will continue to flow through until early 2020.

So what gives with Windows 8? Is it that Microsoft is just dumping the OS wholesale?

Not quite. What it comes down to is the way that Microsoft handles support for operating systems that have had service packs released. Unlike regular single-fix security patches, service packs can radically overhaul the Windows experience while also fixes numerous behind the scenes security flaws. It’s not a great idea to jump into a service pack the day it appears, as any new software can bring with it bugs of its own.

Still, every time Microsoft releases a service pack, that becomes in effect the new “standard” version of that operating system, and it’s that version that Microsoft offers the rough decade of support to. Windows 8 was officially upgraded to Windows 8.1 two years ago, and Microsoft only gives you two years to upgrade to a service pack if you want to keep receiving software patches.

After two years, it’s safe to assume that the most egregious of bugs in Windows 8.1 will have been ironed out, so if you’ve held off upgrading, the time to do so is right now. Windows 8.1 will have software support from Microsoft until at least 2023, so the upgrade will ensure that you get basic security patches at the very least for what should be longer than the expected lifespan of most machines running Windows 8.1 in any case.

If you’re curious about other Microsoft products, the company makes it quite simple to search out the expected software support lifecycles of every product it makes, which you can check out here.

Upgrading a system that goes online is a very sensible step, as older systems may have security flaws that are well known in the malware community as being present in older operating systems. It’s the effective equivalent of leaving the front door to your computer wide open every time you go online, even if you’re visiting supposedly innocuous sites.

Upgrading to Windows 8.1 should also give you the option to upgrade to Windows 10. Being even newer, it’s sitting on nearly an entire decade’s worth of support to come. Windows 10 manages it patching in a more continual rollout manner, making it a little easier to keep secure in any case.