Surface Generation 2: Worth your money? 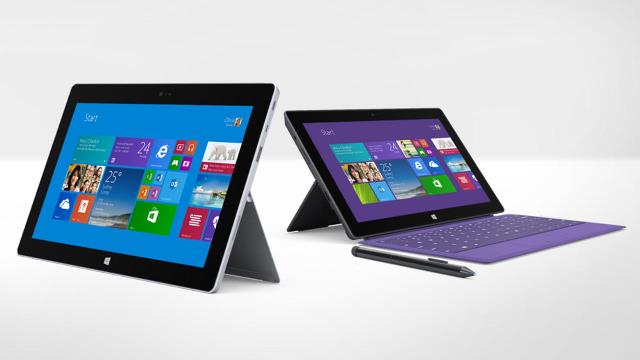 Microsoft launched its first generation of Surface tablets last year with the Surface RT and Surface Pro. I was a little split about the Surface RT when it launched — which I commented on previously (Microsoft Surface RT review) — not long after its US debut. Microsoft took its sweet time actually releasing the more notebook-styled Surface Pro tablet in Australia, and while it was a fair tablet, the market spoke — and it didn’t like what it saw, leading Microsoft to take a massive $900 million cash hit from unsold Surface inventory.

Microsoft doesn’t give up without a fight, though, announcing this week the next generation of Surface tablets; the Surface 2 and Surface Pro 2.

The Surface Pro 2 is, as the name suggests, a successor to the Surface Pro; a tablet running full Windows 8.1 with full backwards Windows compatibility along with the “modern” tile interface that’s such a feature of the current Windows operating system. It uses a redesigned version of the touch and type covers that were part of the existing Surface ecosystem, along with a redesigned kickstand that supports two positions, one of which should finally make the Surface Pro 2 comfortable for in lap use.

The price points run from $1019 for the entry level 64GB model all the way up to $2039 for the 512GB model with all the trimmings. The processor underneath is a fourth generation Intel “Haswell” Core i5 4200U, which should deliver plenty of grunt while addressing the main problem that hit the first generation Surface Pro, namely battery life.

The Surface 2 is the successor to the Surface RT, and like its predecessor, it’s running on an operating system that looks like Windows 8.1 — but very critically isn’t. Surface RT and the new Surface Pro run on processors on ARM architecture, rather than the x86 cores that run desktops, laptops and the Surface Pro 2, so running actual Windows is a task unto itself. Instead you get Surface RT, which looks like the tiles of Windows 8.1, but without the app compatibility. You do get an ARM version of Microsoft Office, which is a big plus, but the real reason for going down the ARM route in the first place was the supposed better battery life. That was true for the first generation, where the Surface RT typically managed 8 or so hours to the Surface Pro’s 4 hour run time.

Microsoft reckons the Tegra 4 processor on the Surface 2’s hardware list will allow for a ten hour run time, but at the same time, if you can get 60-75 per cent “more” battery life out of a Haswell Surface Pro 2, that’s going to nudge at the same kind of lifespan with a lot more functional compatibility. The only difference then becomes one of price; Microsoft will sell the Surface 2 for $529 (32GB) and $639 (64GB) on the 21st of October in Australia; the same time that the Surface Pro 2 goes on sale as well.

The Surface 2 is cheaper, obviously, but I’d strongly argue that if you want a tablet for productivity, having full compatibility with everything you already do with Windows is going to be worth the extra for a full Windows tablet — or indeed any of the laptops you could get at around the same purchase price.