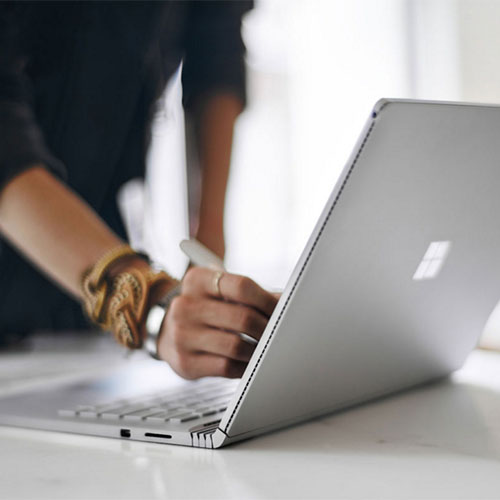 Microsoft’s just about to release its latest iteration in its Surface line of tablet computers with the Surface Pro 4 and Surface Book computers.

It’s tempting to think that Microsoft has only been in the hardware game for a relatively short time, but that simply wouldn’t be accurate. For a start, there’s the peripherals division who make (for my money) some of the best mice and keyboards money can buy. I’m particularly keen on the Microsoft Ergonomic Sculpt keyboard, if you’re interested.

Even leaving mice, keyboards and game controllers aside, there’s little doubt that the way Microsoft’s designed its Windows operating system, still the most commonly used worldwide operating system has had a profound effect on the way other hardware manufacturers have worked. After all, if Windows won’t support it, there’s not likely to be much future in it. That’s why the Surface systems have always been at very least interesting, as they act as essential reference platforms for what Windows can do, albeit at something of a premium price. Yes, I’d include the lower cost “Surface” tablet in that equation, although there’s no second refresh for that this year, simply because you can buy a similarly specified laptop for less than the Surface asking price.

What’s interesting with the Surface Pro 4 is how Microsoft’s taken a relatively soft approach to overall innovation with this model. It’s essentially the same size as the overall excellent Surface Pro 3, but marginally thinner and with more overall screen real estate to play with. Microsoft’s statement is that they can’t make the Surface Pro 4 any thinner and still have a full size USB port on board, but the end result is a device that still appreciably feels premium, as well it should with pricing starting in at $1,349.

I’m still not entirely sure why Microsoft don’t bundle the Type Cover with the Surface Pro 4. Microsoft’s contention is that it’s all about choice to the consumer, but I can’t see too many Surface Pro 4 consumers opting for just the Surface by itself, even with an improved pen. If you’re a hopeless scribbler — or a serious artist — the new pen is very nice, but I can’t say my own artistic talents were stretched by it. I was more than impressed with the brief bit of time I’ve had so far to test out the new Type cover, which features better keys with more separation and a larger glass trackpad. Being Windows 10 based — you can’t even downgrade if you wanted to — touchscreen inputs are also accepted.

Then there’s the Surface Book, which is Microsoft’s first take on a hybrid laptop. Where the Surface Pro 4 is undeniably a tablet that works as a PC, the Surface Book is a PC that also has tablet features, because it’s very much in a traditional laptop form factor. You could be mistaken for thinking that it’s only a laptop, but the primary screen does indeed detach, albeit after a short delay and a press of a specific button. That latching is needed because unlike the Surface Pro 4, the Surface Book does have some of its smarts in the keyboard section; specifically a separate NVIDIA GPU that adds graphics processing power when needed. When separated, the Surface Book runs only on Intel’s own HD graphics solution instead.

The Surface Book is absolutely premium priced, starting at $2,299, which knocks out a serious portion of its potential audience, but then for the short term you won’t be able to get the Surface Book anywhere but Microsoft’s online store and the new Microsoft Store it’s opening in Sydney on November 12th. On first examination it’s a very well built laptop, but as I said earlier, it’s also something of a reference platform for where Microsoft sees “premium” laptop designs going in the next year or so. Just as you can buy Surface Pro-like Windows systems right now, you can expect to see Surface Book style devices from other vendors pretty shortly. That’s all part of Microsoft’s plan, because the end game for what is still a software company is to have Windows everywhere anyway.