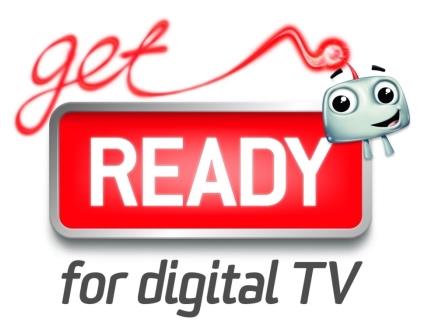 A dodgy digital TV signal is incredibly frustrating, but there are several tricks you should try before you consider replacing the aerial on your roof.

Even if most of your entertainment comes from the internet, every now and then you probably turn back to traditional broadcast television. It’s most likely to watch live sport, but your cheering can quickly turn to shouting if you’re plagued by poor television reception.

In the old days a poor analogue television signal meant putting up with annoying ghosting, fuzz and hiss. The upgrade to digital television supposedly brought crystal clear pictures, but only if you’ve got a decent digital signal. If you’ve got a poor digital signal, or you’re plagued by local interference, then the picture can pixelate or even freeze completely. This is actually far more annoying than static hiss when you’re watching something important like live sport.

It’s possible you might need a new aerial to improve your digital television reception, but don’t be in a rush. A few simple tweaks to make the most of the signal you’ve got might be enough to sort out your digital reception issues.

The first step is to move other electronic equipment further away from your television, set-top box, aerial cable and wall socket. Wireless gear such as wi-fi routers and base stations for cordless phones are likely culprits. If your Blu-ray player or other home entertainment gear relies on built-in wi-fi, or has a USB wi-fi dongle hanging out the back, try shifting them around to see if it improves your digital TV picture. Running Ethernet to your lounge room, to reduce your reliance on wi-fi, might help here.

Even non-wireless electrical gear, such as a broadband modem or VoIP adaptor, can cause interference problems if it’s sitting too close to your television, set-top box, aerial cable or wall socket. Trying switching different gear on and off to see if you can find a culprit.

Sometimes the various power packs plugged in behind your television can interfere with your digital signal. LED downlights are also known to play havoc with digital television reception due to the electromagnetic interference they throw off, even from several rooms away.

Next you should check for electrical cables running across the floor in parallel with your aerial cable. Running cables side-by-side can cause interference issues, so try moving them apart and running them at different angles. If your aerial socket is on the wall next to a power point, see what happens if you stop using that power point.

If you suspect the interference is local but you can’t eliminate it completely, try upgrading your aerial cables from the cheap skinny cables that came in the box to thick RG6 quad-shielded cable – the shorter the better. Use screw-in F connectors where possible rather than traditional aerial sockets. It might be necessary to run RG6 cable all the way back to the roof. You should also remove any unnecessary splitters which are degrading the signal. Depending on how many aerial sockets you’ve got around the house, there might be a splitter hidden away in the roof space.

After all this you still might need to call out a digital TV expert to get a new aerial, but at least you’ll know you’ve done everything you can to fix the problem.