Tablets will complement PCs, not kill them 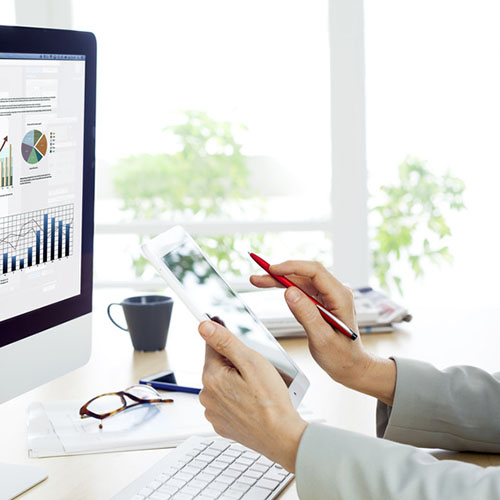 The way we use computers is changing, but reports of the PC’s death have been greatly exaggerated.

There’s no denying that touchscreen smartphones and tablets are handy gadgets to have lying around. Once you own one, they tend to be the first device you reach for when it comes to simple everyday tasks like checking your email or looking up something on the web. But despite the rhetoric, few people would be happy to dump their desktop/notebook computer on the nature strip and only use a handheld gadget for all their computing needs.

Chances are that you have a microwave on your kitchen bench, which certainly comes in handy, but that doesn’t mean you’d tear out your oven and cooktop. You might not use them as often as the microwave, but sometimes the microwave clearly isn’t the best tool for the job.

If you’re a serious PC gamer then you wouldn’t dream of abandoning your gaming rig, blessed with a large monitor and high-end graphics card, in favour of a lowly tablet. Sure there are plenty of great games for tablets, but an iPad won’t get you far if you want to play serious titles like Fallout 4, Call of Duty: Black Ops 3 or Star Wars Battlefront. The PC is far from dead as long as the most popular new games every year come to computers rather than tablets.

Computers aren’t just for gamers, often they’re the best tool for the job when there’s work to be done. When you look at hybrid devices like the iPad Pro and Surface Pro 4, both strike compromises in order to act as both a tablet and a notebook – which is handy if you’re on the road but frustrating once you sit down to get some work done.

You’ll find optional keyboard covers for both devices, conceding the fact that typing on a slab of glass is cumbersome and slow-going when you’re writing more than a short email. The wireless keyboards are certainly a useful addition to your carry bag, but they still fall short of a decent notebook keyboard. Also with a tablet you’ve also got a lot less screen real estate at your disposal than your typical 15-inch notebook.

Sure you can often make do with a tablet. It might be the trendy thing to do, but they’re not the best tool for the job when it comes to writing long school essays and business reports, or working with complicated spreadsheets. There’s no shame in sticking with a computer for these tasks.

Tablets won’t kill PCs, just like microwaves haven’t killed traditional ovens. You might use your computer less often and favour your tablet for some tasks, but there’s room for both in your life.