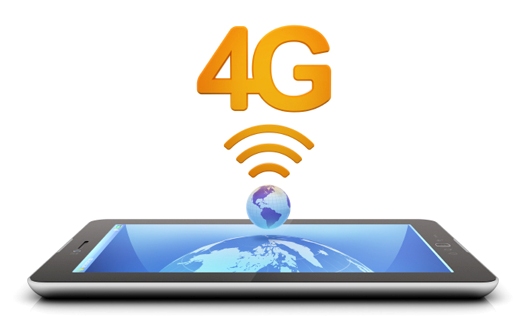 Telstra was first to market with a product it’s calling “4G” late last year, but it’s just recently been joined by Optus — sort of. That’s a horribly qualified statement, but then there’s little about 4G in Australia that’s all that clear.

For the moment, every carrier that wants to run at 4G service is limited by the spectrum that’s available to them. Telstra (and now Optus) opted to deploy LTE (Long Term Evolution) services over spectrum in the 1800Mhz waveband, because it was available to them. This has led to certain issues, the most pertinent of which has been that virtually nobody else on the planet was using 1800Mhz for the provision of 4G LTE services! That having been said, it’s not as though there’s wide agreement on 4G anyway; there’s a variety of different spectrum setups that are sold worldwide as “4G”, up to and including the 850MHZ 3G services sold in Australia by Telstra (as Next-G) and Vodafone. Ultimately there’s no clear definition of what 4G “is”, beyond being a marketing term, although a few high-speed LTE services may end up being “officially” recognised as 4G, but not just yet.

The issue with 1800Mhz — aside from the fact that it’s not quite as solid for things like building penetration as lower frequencies — is that there aren’t many chipsets that support it. Apple’s “iPad 4G+WiFi” hit a snag with the ACCC recently, as the commission wasn’t impressed with Apple’s use of the 4G term for a tablet that can’t connect at 1800Mhz — and thus couldn’t connect to any Australian 4G network. That one’s still playing itself out in the courts, although Apple has said it’ll offer refunds to anyone who bought a new iPad on the basis of 4G connectivity.

That iPad will connect to 4G LTE services operating on the 700Mhz band, but that frequency is currently being used across Australia for analogue television signals. They’re scheduled to be switched off gradually across the country, freeing up the frequency, which should be auctioned off some time this year; at best we’ll see 700Mhz services (depending on who buys the licences) sometime in late 2013 — at an optimistic estimate.

Which brings us back to the issue of what 4G actually is. For now, it should define a network with faster data speeds than existing third generation (3G) networks, but that could come from a couple of different technologies. Voice as yet isn’t part of the 4G package, but a 4G phone still acts as a phone; it just uses older technology to deliver your voice and text messages.

Optus’ implementation is the same 1800Mhz LTE as Telstra’s, but as mentioned above it’s both here and not quite here yet. When Optus first announced it was working towards a 4G network, it said it would launch 4G in the Newcastle NSW region in April, and then across capital cities mid-year. It’s just squeaked in the first part with a 4G Newcastle network, but not as a full commercial product; instead selected users will be given free 4G devices to test the network out with. Presumably you had to already be an Optus customer; there certainly wasn’t a signup process.

What then of the third network, Vodafone? It had initially said that it would launch a 4G network by the end of 2011, but that certainly didn’t happen. Its most recent communications have centered around it improving its existing network, especially with the rollout of 850Mhz services; 4G is still on the radar but with no stated public timeline.

So should you buy 4G? Telstra’s implementation is still the (theoretically)  most widespread, and it was no coincidence that in the week Optus announced its soft launch, Telstra announced it was expanding its Newcastle coverage. All 4G devices launched to date do drop down to 3G where 4G isn’t available, so in one sense there’s relatively little risk. Likewise, though, I’ve seen some wildly varying 4G speeds, even within coverage zones. If you’re in need of a new phone or wireless dongle 4G isn’t too much of a risk, but it’s probably not worth upgrading yet if your existing kit is still humming along nicely.

Telstra’s made a big splash recently with the launch of its first ‘4G’ product — although depending on whose definition you adopt, it might not be 4G at all. Fourth generation wireless networks, and 4G specifically as a term have been used in varying ways by different groups overseas, so much so that some of what passes for overseas ‘4G’ — especially in the US — is currently sold in Australia as 3G!

That having been said, I’ve been testing Telstra’s 4G USB modem for a number of weeks now. Telstra’s currently using an 1800Mhz LTE broadcast network for its 4G product, which promises download speeds of between 2-40Mbps. That’s an immense range, but then if you’ve used any kind of mobile broadband product ever, you’d be well aware that variability is the name of the game.

At the moment, Telstra’s 4G footprint isn’t that massive, focused around capital city centres — within 5km of the post office typically speaking — and selected regional centres, where the footprint shrinks down to a smaller 3km radius. Step outside those areas and the USB 4G modem flicks over to Next-G coverage, where the bandwidth is smaller, but the footprint much larger.

Telstra won’t be alone in the 4G game for all that long, however. Vodafone’s been testing 4G services for some time now. Its last pronouncement on this was that we’d see 4G products by year’s end, although they’re running out of time to fulfil that promise. Optus meanwhile is testing 700Mhz 4G in Albury; depending on whose definition you adopt that’s more like “true” 4G, but requires the 700Mhz spectrum to operate, and that’s only available in areas where the analogue tv signal has been switched off. Optus’ timeframe for commercial availability of 4G products starts in limited rollout in April next year.

So what’s it like to use? Telstra’s only currently got one 4G product; a USB modem that comes with its own drivers installed on the modem. They’ll tell you how to connect, and whether you’re currently within the 4G network or Next-G coverage instead. In my own tests in Sydney’s CBD I’ve averaged anywhere from 4-50Mbps, but there have equally been times where it’s stubbornly sat on Next-G rather than 4G, even though I should have been under Telstra’s 4G cloud at the time. Telstra’s not charging for 4G any differently than it does regular data, however; it’ll be interesting to see what happens with data prices — considering 4G is essentially a pure data network, and the telcos will continue to use existing 2/3G infrastructure to service our call and texting needs — once Vodafone and Optus are also offering 4G services.

Which Tablet Is Right For Me?

Apple’s iPad made a big splash when it was released earlier in the year, but up until now there hasn’t been a lot of competition in the tablet form factor. With new release products from Samsung and Telstra, though, there is finally a modicum of choice in the Tablet space.

It’s worth knowing what a Tablet can and can’t do before you plunk down your hard earned cash. They’re not exactly notebook replacements, generally being less powerful than the kind of notebook you can get for the same money. At the same time, the touch-specific interfaces they sport can be great for quick work and especially media consumption on the go or comfortably around the home. That being said, let’s take a look at the field of contenders.

Apple’s Tablet still leads the market in terms of available touch-specific applications, and if you’re already an iPhone owner, your applications can be shifted across at no charge — although some will look rather pixellated if they’ve not been iPad optimised. The 10″ screen is clear and works much better for content creation than the smaller Samsung and Telstra tablets.

Apple controls all things “i” branded with an iron fist, and this means certain application categories get knocked back. There’s no direct file system access without specific hacking, and the Windows iTunes client isn’t always the most stable. Unlike the Telstra or Samsung tablets, there’s no inbuilt camera or phone functionality.

Samsung’s Galaxy Tab is smaller than the iPad with a 7″ display screen. It runs Android 2.2, giving it a wealth of applications, has internal cameras and phone capability. The Australian released model will come with Navigon’s GPS software built in, as well as e-reader capabilities and a dedicated application for the Australian newspaper.

The outright price is comparatively very high, considering you could buy the 10″ iPad in almost every configuration for the cost of the Galaxy Tab. There should shortly be contract options for the Tab from most carriers, taking some of the sting out of pricing.

Telstra’s entry level tablet is priced to go, and the price is the key appeal. It’s an Android 2.1 tablet with plenty of Telstra specific applications, inbuilt camera and an excellent inbuilt mobile Foxtel client, although that will cost you extra to access. If you just want a consumption device, it’s adequate.

The T-Touch Tab uses a resistive screen that’s much harder to use than the capacitive screens found on the Galaxy Tab or iPad. Any application that requires a lot of touch will bring with it a lot of frustration, marking this out as best used for passive consumption activities, and certainly one we’d suggest you try before you buy. Some users simply cannot get on with resistive screens without the use of a stylus.  Battery life is less than a quarter of the competing pads, and it’s comparatively a little heavy.