Will Kinect For Windows change the way you use your PC?

One of the more interesting things to come out of this year’s Consumer Electronics Show in Las Vegas was Microsoft’s official announcement of a Windows-compatible version of its Kinect camera. Kinect, if you’re not familiar with it, is a camera array with 3D sensing capabilities that Microsoft first launched for its Xbox 360 games console. The cameras within the Kinect sensor track your body movements in real time, and this allows the Xbox 360 to offer both physical screen selections — swiping your arms around to select things or change pages — as well as more “physical” gaming experiences, including a number of fitness titles.

Kinect might have its roots in gaming, but it didn’t take long for keen hackers to see the potential in hooking up the sensor to a regular PC and use its 3D modelling capabilities for other purposes. To Microsoft’s credit, it didn’t shy away from or try to block the hackers; there was (in effect) unofficial “support” for Kinect hacking; Microsoft didn’t specifically sell the sensor to do anything but gaming, but was happy enough with some of the side efforts that came out of it. If the hackers broke a Kinect sensor or two along the way, Microsoft was more than happy to sell them another.

Kinect for Windows changes that arrangement somewhat. For a start, the “official” Windows Kinect (which will launch in Australia on February 1st) is more expensive than the Xbox version; a sensor and software will cost $299, something Microsoft puts down to the Windows Kinect sensor being a standalone product; it figures that money can be made with Kinect games on the Xbox 360, whereas the PC version may not generate any more income directly.

It’s also somewhat annoying to note that the official CES announcement pegged the price at $US249, but the Australian price is a chunky $50 more; while there are some tax considerations to take in mind, not to mention shipping, that kind of price difference does sting a bit.
The really interesting question for Kinect For Windows is what it’ll be good for. Clearly there’ll be some cross-porting of existing games titles, but that leaves the Kinect as only a rather expensive games controller.

There’s all sorts of potential for a touch-free navigation environment on the PC, albeit one that’d work a lot better for a PC connected like a home media centre than one connected to a notebook that’s sitting right in front of you. Microsoft’s claim for the Windows sensor (and not the cheaper Xbox one) is that it’s optimised for close up work of this kind, but I’m a little lost to work out what’ll make the most sense for that kind of interaction (outside of certain mobility limited scenarios) that couldn’t be done just as well with the tap of a mouse button or click of a keyboard. The new Windows 8 “Metro” user interface is built on Microsoft’s experiences with touch on the Windows Phone platform, and I can see how that could work with Kinect, but at the same time interface designers will have to work around implementing both Kinect and standard interfaces; at a $299 per user price point I’m not totally convinced that many will.

Is Windows Phone 7 Too Little, Too Late?

I’ve spent the past couple of weeks testing Microsoft’s latest smartphone operating system, dubbed Windows Phone 7. Microsoft supplied me with a review phone (under, it should be noted, a fairly horrible non-disclosure agreement that’s thankfully now expired); in my case it was an LG Optimus 7Q, which is currently a Telstra exclusive. I’ve had brief hands-on time with a couple of the very similar HTC and Samsung handsets, as well as a bit more time with the LG Optimus 7, an Optus exclusive. For those wondering, the big difference between the Optimus 7 and the 7Q is that the 7Q has a physical keyboard which slides out from the side. A frankly somewhat useless keyboard, as roughly half the Windows Phone 7 applications I’ve tested don’t think in a widescreen way, leaving you typing in a vertical column.

The hardware isn’t the thing with Windows Phone 7, however. There are minor changes, like the aforementioned keyboard on the Optimus 7Q or the lovely looking Super AMOLED screen on Samsung’s Omnia 7, but Microsoft has very strict guidelines on the componentry and build of Windows Phone 7 devices. This leaves them all looking and feeling rather samey, and that concept I’ve got to admit worried me at first glance.

I should point out here that I’ve never been a huge fan of Windows Mobile, the predecessor to Windows Phone 7. Windows Mobile was for far too long a lumbering dinosaur with a painful interface that tried way too hard to replicate the Windows experience on a tiny mobile screen, and badly at that. I’m on the public record as wondering why they ever bothered releasing Windows Mobile 6.5, the last in the Windows Mobile series at all. Bad news for any Windows Mobile fans who didn’t already know, by the way – Windows Phone 7 is an entirely new platform, and it’s not backwards compatible. If you’re heavily invested in Windows Mobile-specific applications, you’ll have to hope that new versions come out that you can once again pay for, or stick to your ageing hardware.

When Microsoft announced Windows Phone 7 back in February, I was sceptical, and even more so when it was announced that the phones themselves wouldn’t be available until late 2010. It felt rather like they were announcing something to stay in the smartphone game, but at the cost of giving opposing platforms a lot of time to gain users, mindshare and even combat some specific features.

Enough with the history lessons! Enough, indeed, with the rather samey hardware as well. The operating system itself is, I’ve got to say, curiously named as Windows Phone, as the one thing it’s distinctly not much like is Windows. Aside from some naming conventions, such as the browser labelled as Internet Explorer or the games labelled as Xbox Live, it doesn’t look like Windows at all”¦ and that’s Microsoft’s most sensible step in the mobile operating system world ever.

Instead of trying to cram the desktop metaphor onto a tiny screen, Windows Phone uses a series of large buttons labelled as “Live Tiles” that display particular information in a semi-live fashion. Some are more useful (and more lively) than others, but you can cut any of them out of the main start page and re-arrange them at will. The experience testing across a couple of handsets was slick and fast, helped no doubt by Microsoft mandating some reasonably hefty (for now) internal minimum specifications. Naturally in terms of available applications Windows Phone 7 is still dwarfed by the heavy hitters of Apple’s App Store and Google’s Android Marketplace (or even Nokia’s Ovi Store), and it’s rather game-centric so far, but most of the important application bases have been hit, and there’s certainly room to grow.

It’s not all sunshine and roses, and there’s still some very obvious signs that despite being labelled as Windows Phone 7, this is really a version one software, complete with the problems that version one of just about anything has. There’s no cut and paste. That’s apparently going to be rectified with a future software update, but it’s baffling that in the eight months in-between the announcement and the launch nobody thought to actually include such a basic function. There’s no tethering to use the phone as a mobile modem. Third party applications cannot multitask, which sometimes leads to lengthy re-loading times. There’s no ability to add extra memory, and the launch models ship with only 8GB or 16GB onboard, which is limiting. The Xbox Live integration isn’t really integration at all, as it loses too many of the social aspects of the gaming service along the way. You can view your own Avatar and Gamerscore, but not check out what your friends are doing on the main Xbox Live service, or co-ordinate games on the Xbox at all, at least yet. There are mobile games, and you can send invites to those – but only to your friends with Windows Phone 7, at least as far as I can see. There’s a lot that could be done with Xbox Live integration, but most of it is still to do.

There’s a lot of iPhone users out there. A lot of Android users, Blackberry users, Symbian users and even legacy Windows Mobile users, although the dumping of code means they’re free to jump to any platform they like – they’ll have to re-buy new apps anyway. Windows Mobile 7 does represent a good fresh start for Microsoft, and if you’re in the market for a smartphone, and not already heavily invested in iOS, Android, Blackberry or Symbian applications it’s worth consideration. Whether it’s too little and too late is a question that only time can answer, but I will say that I’m far more impressed with it overall, even given the bugs and omissions, than I ever expected to be. 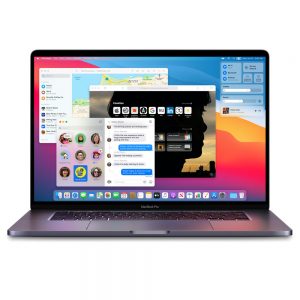