Telstra’s wi-fi sharing – will we rely on the kindness of strangers? 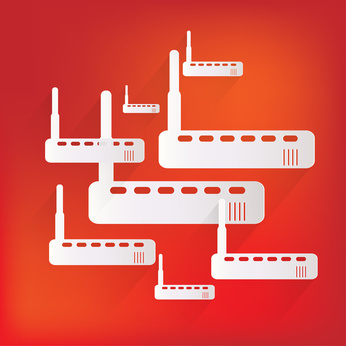 Telstra plans to build a network of two million wi-fi hotspots across the country, and it wants your home to be one of them.

While Australia’s mobile broadband networks are improving, people still like the convenience of jumping on a public wi-fi hotspot to check their messages and surf the web. You’ll already find free wi-fi in plenty of places, but Telstra is aiming for almost blanket coverage with its new network of 2 million hotspots across the country – set to launch next year.

Telstra only plans to build 8,000 new hotspots, covering public areas such as shopping strips, business centres and transport hubs. The rest will come from partnerships with governments, businesses and even Telstra home broadband customers.

Home broadband customers can opt to run a public wi-fi hotspot from their house, offering up bandwidth to passersby. In return, these Telstra customers have free access to all of the hotspots across the country, along with 12 million hotspots around the world thanks to Telstra’s partnership with international network provider Fon.

Giving strangers open access to your wi-fi network doesn’t sound like a great idea, but that’s not how it works. If you sign up for the deal, Telstra will send you a new wireless modem designed to generate two hotspots at once – a private network for you to use and a public network for strangers. The two wireless networks have a firewall between them, so strangers can access the internet but not the devices on your home network like your computer and smartphone.

These days most people have a high monthly download limit at home, it’s download speeds which are the bigger issue. If you’re on a slow home connection you might not want to sacrifice some of that precious speed for the convenience of strangers.

The new modems won’t share your home broadband connection with outsiders unless you’ve got download speeds of at least 3 Mbps, although you wouldn’t exactly consider yourself blessed if you can only just hit the 3 Mbps mark. Download speeds for passersby are limited to 2 Mbps to ensure that they don’t hog your connection, although they’ll probably get less if you’ve only got 3 Mbps at your disposal. In these circumstances the modem should further throttle speeds for outsiders, but if it’s really that tight then the public hotspot plan probably isn’t for your home.

Telstra chief David Thodey promises that your home internet access won’t be affected by the sharing, but that’s a promise he simply can’t keep. If your home connection is slow then even giving up a small slice could reduce your download speeds and impact on the quality of music and video streaming as well as online voice and video calls. If everyone was getting a 100 Mbps Fibre to the Premises connection then it wouldn’t be a problem, but under the new-look National Broadband Network you never know what you’re going to get.

Telstra’s hotspot network sounds like an interesting idea, but proceed with caution if your home broadband connection is struggling to meet your own needs, let alone the needs of strangers.