Tesla’s Powerwall might help your business keep the lights on 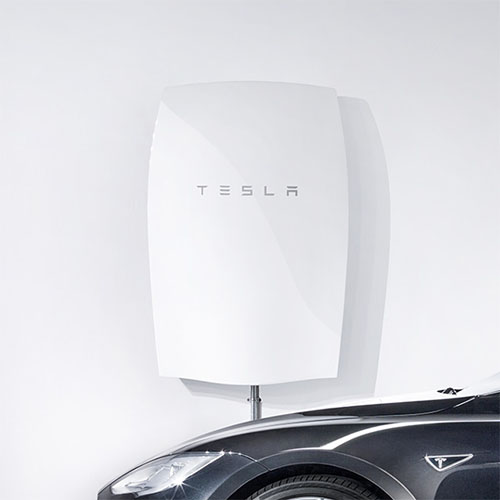 Along with cutting your power bills, a solar-powered battery backup for your office might be a smart insurance policy.

When most people think of solar power they think about saving money by putting panels on the roof to reduce their reliance on the grid. You might even be able to sell surplus electricity back to your power company, further curbing your bill.

These savings alone might justify the investment in solar, but slashing your power bill is not the only potential benefit. Some solar power systems like Tesla’s recently announced Powerwall can also act as an uninterruptible power supply for your entire home or office, keeping everything up and running for a while during a blackout.

Tesla is better known for electric cars, but the new Powerwall is basically a giant rechargeable battery designed to hang on your wall. There’s a 7 kilowatt hour model, which is intended for day-to-day home use, storing power to use at peak time so you can make the most of off-peak electricity rates. But there’s also the 10 kilowatt hour model, with the extra capacity intended to keep everything up and running for a while during a blackout. When the power goes out you can turn off non-essential equipment to help the battery last longer.

A Powerwall might make a wise investment for a small or home office, but you need to crunch the numbers. It’s important to realistically assess the impact of downtime from a power outage, not just in lost productivity but also perhaps in lost customers who you might struggle to win back.

You might already have an effective plan B that lets your business ride out a blackout with minimal disruption. If you’re reliant on notebook computers rather than desktops, and can tap into mobile broadband (maybe via a Wi-Fi hotspot from your smartphone), then surviving a power outage might be as simple as relocating to a cafe or somewhere else with power points at your disposal.

On the other hand, if you’re clearly losing money every minute the power is out in your office then a Powerwall might make sense. Weigh it up against investing in uninterruptible power supplies for specific devices, like mission critical desktop workstations, servers and networking gear. While the Powerwall is best suited to a small or home office, Tesla is also developing Powerpacks for larger businesses – powering more devices and lasting longer when the power goes out.

It’s not for everyone, but between lowering your power bill and occasionally saving the day, there might be room for a Tesla Powerwall on your office wall.