The iPhone loses its way with Apple Maps 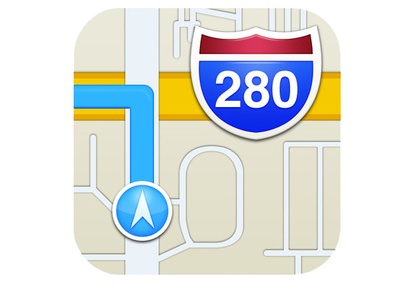 After Apple’s public dumping of Google Maps on the iPhone, it really needed to do better than the half-baked maps built into the iPhone 5.

There’s a lot of tension these days between Apple and Google, particularly as Apple feels that Google’s Android smartphone platform is a rip-off of the iPhone. Hostilities went up a notch when Apple declared that it was ditching the Google Maps and YouTube apps with the iOS6 software update. Google has released a YouTube app which you can download from the app store, but Apple decided to develop its own Maps application in the place of Google Maps. There’s no standalone Google Maps app in the app store yet, although you can still access it via the Safari web browser.

It’s not the first time Apple has partnered with someone to develop a service only to ditch them when Apple felt ready to go it alone. Initially Apple relied on the Skyhook Wireless service to cross-reference maps with wi-fi networks to improve GPS accuracy. Once Apple had gathered enough wi-fi and mapping data it ditched Skyhook to go it alone. That was a fairly smooth transition but, unfortunately for Apple, the transition from Google Maps to Apple Maps is turning into a disaster.

Entire Australian towns are in the wrong place in Apple’s new maps. Businesses appear in the wrong city or even the wrong state. Google’s impressive Street View service is missing, while traffic and transport details are limited (although admittedly traffic reports weren’t all that impressive or accurate under Google). Apple’s novelty 3D renderings of many landmarks are painfully distorted. Perhaps most embarrassing for Apple is that its George Street, Sydney store is marked on the wrong side of the road. It’s a sad day for Apple when its flagship smartphone can’t even find its flagship store.

The truth is that putting together a slick mapping service is tough. It takes a lot of work to negotiate deals, combine data from various sources and then cross-check it all against the real world. Apple has acquired several mapping companies in the last few years, yet clearly there’s still much work to be done.

It’s taken seven years for Google Maps to get to where it is, and even then there’s still room for improvement. Even Microsoft decided not to reinvent the wheel when it came to a mapping service for Windows Phone 8. Instead it struck a strategic partnership with Nokia to build Nokia’s slick mapping service into all new Windows Phone 8 handsets. Nokia’s maps and augmented reality features such as Nokia City Lens were some of the most impressive features on display when Microsoft and Nokia recently unveiled the new Lumia 920 smartphone.

If Apple had dubbed its new mapping service a beta then people might have been more forgiving. As it is, it feels like Apple is putting its war with Google ahead of the best interests of iPhone users – user who were clearly much better off with Google Maps than Apple’s half-baked attempt. Considering Apple is losing ground in the smartphone wars, it really needs to treat its loyal customers with a bit more respect.