The Smart Home Needs a Stern Talking To 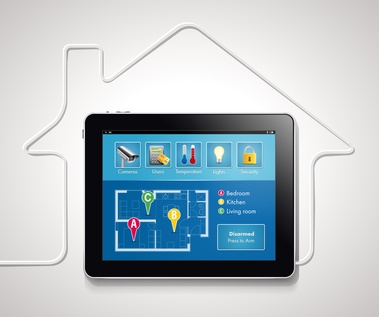 The smart home concept will struggle to gain mainstream acceptance while you still need to pull your smartphone from your pocket to perform the most basic of tasks.

These days the smart home is still a very fragmented concept, unless you’re prepared to pay top dollar for an installer to put in a high-end home automation system. Otherwise you’ll need separate apps on your phone to control your streaming music, smart TV, internet-enabled fridge, intelligent lighting and remote-controlled security system. You might own several of these so-called smart gadgets, but when they don’t all talk to each other it doesn’t really feel like a smart home.

Smart home technology is supposed to make our lives easier, but sometimes it actually makes life harder. A case in point, I’ve been testing out LIFX smart light bulbs which you can control from your smartphone. They’re very impressive: without getting off the couch I can turn on the lights around the house, dim them and even change the colour if I’m looking to change the mood. Eventually you’ll be able to automatically turn on the lights when you walk in the front door, as well as gradually dim them as you fall asleep and have them slowly brighten in the morning.

It all sounds very futuristic, but the downside to this high-tech update to my lounge room is that I can’t just flick the wall switch on and off. It’s an ingrained habit as you enter or leave a room, but the LIFX app is useless if the lights are turned off at the switch. I can’t use the dimmer knob on the wall either, I have to get out my phone. This starts to feel like more work, rather than less.

If you’re a tech-head like me you might be prepared to reach for your smartphone all the time – chances are it’s already in your hand. But the rest of your family and friends might not be happy about being dragged into the smart home age. You’ve made things more difficult for children who might not have a smartphone at their disposal, as well as visiting family and friends who might not have the app and access to your wireless network. Once the novelty wears off your loved ones might request a return to the dumb lights of old.

Such smart lighting hassles will eventually be overcome by the introduction of smart light switches, which we’re already seeing from the likes of Belkin. Once the wall switch is part of the smart ecosystem then you no longer have the schism between the physical switches and smart controls – they’ll work in harmony rather than in competition.

Other smart home features such as streaming music, remote control aircon and smart security systems face similar challenges if they want to win mainstream acceptance. Smart switches are a step in the right direction, but eventually voice and gesture controls may win out.

Apple’s Siri has a long way to go before you’d trust her with your home, but with time the ability to control your environment with a word or a wave will seem easier than fishing for the gadget in your pocket. Hopefully the smart home of the future will be at your beck and call.