Think about the ink you’re spending 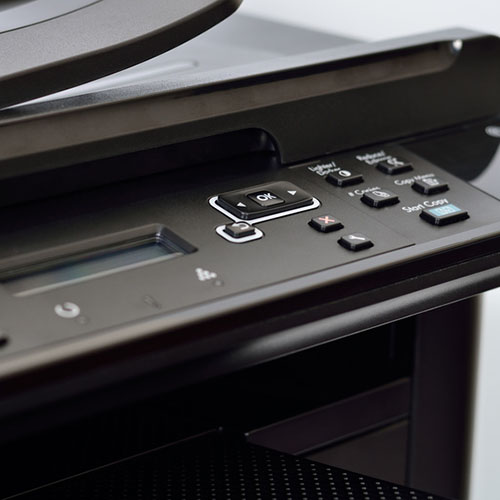 It seems that the dream of the paperless office will never become a reality.

These days even the smallest of businesses still needs a printer in the corner. If you’re only printing out a handful of reports then you might be tempted by a budget inkjet printer. Once you crunch the numbers and calculate the “Total Cost of Ownership” you’re almost certainly better off spending more.

The cheaper the printer, the more expensive the running costs. Dirt cheap inkjet printers are painfully expensive when it comes to the cost of replacement ink. Watch out for printers which combine all the colours in a single cartridge, which means you have to throw away the entire cartridge when one colour runs dry. Look for a printer which relies on individual tanks for each colour.

Even if you’re only printing black text, inkjet printers slowly chew through all the colours when you switch them on as they clean the print nozzles. Leave the printer switched off for too long and the nozzles jam. Clearing them wastes even more ink.

If you’re only printing text then you should definitely step up from inkjet to laser – replacement laser toner cartridges are more expensive but last much longer. Colour laser printers have dropped in price and even in a small office a colour laser is probably a wiser investment than a colour inkjet, unless you’re printing photos. Inkjet printers still outshine laser when it comes to quality photo printing, but if you rarely print photos then it might be more economical to get them printed at your local camera store.

Whether you’re looking at an inkjet or laser printer, you should take into account the cost of replacement cartridges or toner. Quite often the next model up relies on different cartridges which are slightly cheaper. The printer makers want you to think you’re getting a bargain, but they’ll get you in the long run. If you’re printing a few pages every day then you probably would have saved money by spending more up front.

Calculating running costs and Total Cost of Ownership is complicated by the fact that some laser printers require you to occasionally replace the drum unit, fuser unit or waste toner unit.

Laser printers without these extra costs might seem like a better deal, but the trade-off is that when these parts wear out you’ll need to buy a new printer. Once again, you need to consider how many pages you print each day and whether it’s more economical to spend extra up front.

As electricity prices rise, that little printer which you never switch off might be contributing to a big chunk of your office power bill. Standby power is one of the hidden gotchas when it comes to Total Cost of Ownership.

When it comes to buying an office printer, don’t get distracted by the price tag. Think about how much it’s going to cost you in the long run and whether spending more upfront will save you money later.