Time to end the geo-blocking hide and seek? 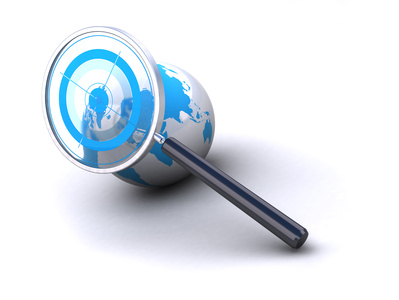 As geo-blocking falters, will content providers start giving the people what they want?

Geo-blocking is the name for the walls which online content providers put around music and movies to stop you accessing them if you’re outside a certain country. If you’ve ever tried to watch the US-based Hulu Catch Up TV service, or the UK’s BBC iPlayer, you’ve probably been turned away by geo-blocking. Or perhaps not, because geo-blocking is becoming ludicrously easy to bypass.

There was a time when a Virtual Private Network or web-based proxy server was required to trick foreign websites into thinking you’re a local. The rise of DNS-based services such as Unblock Us made it even easier, with the added benefit that you could change the settings on almost any internet-enabled device including smart TVs, Blu-ray players, games consoles, tablets and movie rental boxes. Just dip into the menus, change one DNS setting and suddenly your device appears for all the world to be located in downtown LA rather than outback NSW.

Now free browser-based plugins such as Hola have reduced the process to a single click. With Hola enabled, the likes of Netflix, Hulu, Pandora, cbs.com and fox.com are all convinced that you’re viewing from within the US. Geo-blocked UK content from the BBC and ITV also becomes available. It’s a constant cat and mouse game between the content providers and those looking to sidestep geo-blocking, but where there’s a will there’s always a way.

Of course some of these services also require you to provide a US credit card, but there are ways around this as well. What’s really interesting is that Netflix seems to have relaxed its restrictions on foreign cards. Many Australians are finding that if they can bypass the geo-blocking and trick Netflix into thinking they’re in US, Netflix will happily accept their Australian credit card.

This unofficial change of heart from Netflix poses an interesting question — is it just a technical glitch or is Netflix deliberately leaving the back door open so it can expand into Australia? US providers such as Netflix must realise that people from around the world are screaming “please, take my money”, but Netflix’s hands are tied by rights deals with the movie houses.

People have proven time and again that, if you make it easy, they’re prepared to pay for content rather than steal it. Apple’s highly successful iTunes movie and music store is built on selling content which can easily be stolen elsewhere. Those Australians sneaking into Netflix could just as easily steal this content, but they’re prepared to actually pay for a decent service. Refusing to take their money is only helping perpetuate the culture of piracy.

Australia’s Quickflix aims to become the local Netflix but its catalogue isn’t as extensive, just as the offerings from Australia’s iTunes store fall short of the US iTunes store.

Of course Quickflix would love to give the people what they want, but its hands are also tied by regional rights agreements. Even Quickflix conceded recently that it’s biggest advantage right now is that Netflix isn’t available in Australia. Of course the truth is that Netflix really is available to anyone in the world prepared to spend five minutes on Google researching the problem.

Eventually Quickflix could be put out of business by Netflix even though they’re officially not in competition. It’s time for the content rights agreements to create a level playing field, either by abandoning geo-blocking or treating countries like Australia with more respect when it comes to regional rights agreements. Until they do, Australians will continue to sneak into Netflix and Hulu, or else just get all their entertainment from the BitTorrent Channel.