Trust in Apple Maps but carry a street directory 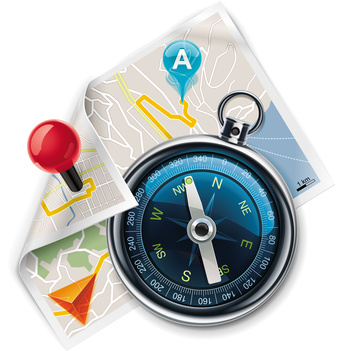 Don’t leave your destiny in the hands of your sat-nav.

Sat-nav vendors like to claim “you’ll never need a map again”, but most people who rely on gadgets to get them across town have sat-nav horror stories. It doesn’t matter whether you’re using your smartphone or a dedicated sat-nav device, one day it will leave you in the lurch and you’ll be grateful to have a piece of paper to fall back on.

A strange as it sounds, a paper map can actually be a lot more useful when you’re lost. A sat-nav can tell you where you are, but it can’t always tell you where you’re going — especially if you’re navigating by memory because you think you know where you’re going. Or perhaps the sat-nav is sending you to the right street in the wrong suburb. Both have happened to me, with a paper map saving the day.

When you think about it, you probably don’t know the street address of many places that you drive to — you just know how to get there. If you’re going somewhere new you’ll probably look it up. But it’s easy to get burned if you’ve been somewhere a few times and you think you know the way. If your memory lets you down, you often can’t use a sat-nav to search for your destination if you don’t actually know the street address.

At this point sometimes a Google search can come to the rescue, sometimes it can’t. Searching for “that house just off the main road once you pass the pub” isn’t likely to get you to your destination. The easiest way to jog your memory can be to glance at a map. A street directory makes it easy to quickly run your eye across an entire suburb in search of clues, something that’s much harder to do on a tiny screen when zooming out to see an entire suburb means losing all the detail./p>

Some sat-nav devices are also extremely fussy when it comes to suburb boundaries, refusing to find a nearby street because you think it’s in Richmond but it’s technically one block into the next suburb.

A paperback street directory might seem antiquated, but it only has to save you once to pay for itself. Whenever a new version of the street directory is released you can usually pick up last year’s copy for around $20. So updating your paper street directory every five years is the same as buying one extra cup of coffee every year. Now you can just throw it in the boot and forget about it, until that one time it saves the day. Then you’ll consider it money well spent.

You can also get burned when you arrive in a new city, jump in a hire car and punch the address of your destination into your sat-nav — only to have it find the right street in the wrong suburb. Try this example — fly your family up to Cairns, pile into a hire car and then search for the caravan park in Anderson Road. You’ll find there are two Anderson Streets and two Anderson Roads within 10 kilometres of Cairns airport, although none of them are technically in Cairns. Accidentally pick the wrong one and you’ll soon find yourself parked on the side of the road wondering where you went wrong. Meanwhile your family shakes their heads at another technological epic fail.

If you’ve been burned like this before, as I have, you were hopefully smart enough to print out a map and turn-by-turn directions before you left home. Dig that crumpled sheet of paper out of your carry bag and you’ll soon be on your way. Once again, a humble piece of paper can save the day. The moral of the story; don’t leave your family holiday solely in the hands of your sat-nav.