Vodafone introduces cheap global roaming, but are there other options? 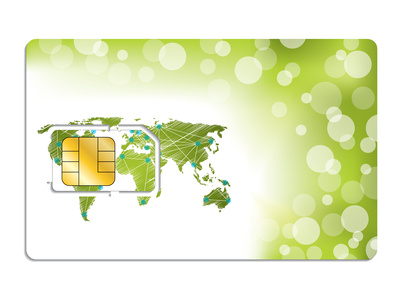 Travel can broaden the mind, but it can also be scary stuff. I’m not so much thinking here of the issues around unusual foods or customs, which you should dive into as part of the experience, but more the sheer terror that is facing up to your mobile bill when you get back. Calls and texts are costly, but data usage can send your bill into the stratosphere, with horror stories of multiple thousands of dollars accrued very rapidly more the norm than the exception.

Vodafone’s announced an interesting move to combat this kind of bill shock. From August 1st, new contract customers on Vodafone who travel to the UK, New Zealand or the United States will be able to roam as though they were on their “home” contracts for a flat fee of $5 per day. So if your contract allows you 2GB of usage, you can use that freely with only a $5 fee to pay. If you’ve got unlimited texts as part of your plan, you still will, and so on and so forth.

That’s a decent deal if you’re travelling and a Vodafone customer on a post-paid plan, and certainly a lot better than facing thousands in bills upon your return because you wanted to check Facebook or make a Skype call home.

Telstra and Optus, at the time of writing, haven’t announced similar plans, but there’s obviously some pressure on them. So what can you do in the meantime if you’re not a new Vodafone customer and you’re travelling overseas?

There’s a few options open to you. Firstly, check with your telco as to what the exact charges would be to use your service, and work out if you really must have data connectivity all of the time. It’s relatively trivial to disable data roaming on most mobile devices — a quick Google search should show you how to manage it on the device of your choosing — and that’s a quick and easy way to minimise your costs, because while call and text costs overseas are still high, they’re nowhere as prohibitive as the costs associated with data. You can always hook your phone, tablet or laptop up to Wi-Fi for when you need a data fix.

If that’s not enough, investigate the cost and feasibility of picking up a short-term local SIM at your port of call. You’ll need an unlocked device to make this work — again, check with your telco as to whether yours is locked to them or not — but there can be some solid savings, especially if you’re spending a lot of time in the one country.

Finally, it may be worth looking at any of a number of Travel-centric SIM options. Outfits such as TravelSIM, GoSIM, GoTalk and others offer SIMs that hook into the local network paying only the local prices for data rather than the inflated roaming costs. Again, you’ll need an unlocked device to make this work, but it beats paying a hefty bill when you return. Bear in mind with both the local SIM and Travel-centric SIM options that you’ll have to let people know about your new “local” contact number; for some SIMs that can involve complex calling codes, but what’s certain is that you can’t take “your” Australian number with you when you use those kinds of services.