VPNs: Not Just A Business Tool 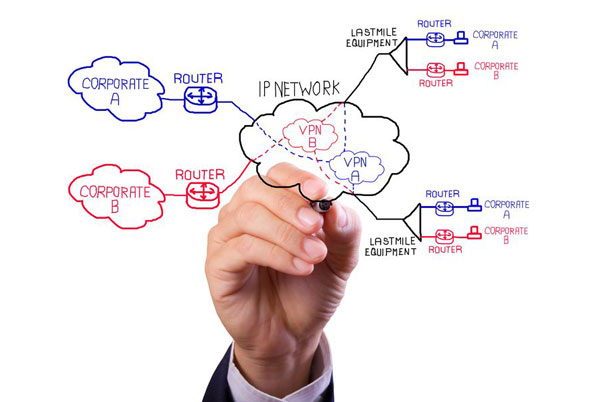 VPNs — which stand for “Virtual Private Network” — are often seen as just a tool for high-end business users who need to encrypt serious secrets — but they can offer both security and access to just about anybody with an Internet connection.

The basics of a VPN are pretty simple. Any data you send over the Internet — whether that’s an email to your Aunt Gladys, an order online for some books or the details of your investment accounts — can, in theory, be intercepted and read. That’s not a good thing, although, depending on the nature of the connection and the nature of encryption used, the odds may be quite low that this will happen.

Still, security online is a good thing, and that’s where a VPN comes in. If you think of the Internet as a massive bunch of phone lines (a simplification, but bear with me here) going into an exchange and then out again, then the VPN is, in essence, a single protected phone line that spans that exchange to your destination online (no matter what that might be) that only you (or people you explicitly invite into your network) have access to. Data on the line is encrypted and secure, no matter what it is.

That’s why VPNs are popular with businesses, as they allow remote workers — whether they’re in a fast food joint offering free Wi-Fi or halfway around the planet — to access the local office network with the same level of security that they’d have within the office. But the benefits of VPNs shouldn’t be there only for businesses; as we all do more with our money online, it’s a good idea to have peace of mind about where your data is actually being seen, especially if you’re using an unfamiliar network to access it. That’s also true while travelling, and there’s an added benefit to VPNs with particular consumer focus here.

Aside from encrypting the data travelling across the public Internet, a VPN also hides the origin point of your Internet access as part of its security measures. When you’re in a country with very strict Internet access controls, a VPN can both keep the snoopers at bay as well as allow access to services that might otherwise be blocked. The reverse is true too; if you use a VPN in Australia, that’s not where your data needs to appear to be coming from. Why is that important? If you’ve browsed around online long enough, you’ve probably hit sites that automatically pegged that you were in Australia. That can be handy for things like currency conversion, but equally it can frustrate if there’s content that geographically blocked for your access. A VPN can have any endpoint that the VPN provider offers — and this should sidestep those kinds of limitations, at least in theory. Sidestepping geoblocking is a bit of a cat and mouse game, which is why this kind of provision is usually seen as an “added extra” for VPN usage — but it’s a nice frill to have when it works.

VPN services range from the relatively limited and cheap all the way up to the full-fat but costly — but in most cases, that’s still only in the range of a few dollars a month. Shop around — and make sure that your chosen VPN offers the features that matter to you — and soon you’ll be able to bank, email and do much more with peace of mind that your data is secure.