Watch out for shopping spam scams 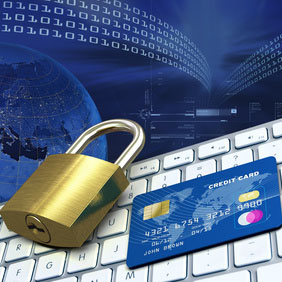 Received an invoice or receipt for something you don’t remember buying? Don’t open the attachment – it’s almost certainly a virus.

Scammers love tricking people into opening attachments, but most of us have enough sense to realise that we haven’t won a million pounds a in UK lottery or made friends with a Nigerian prince. We are however more likely to fall for something much more mundane, like a receipt for something we didn’t actually buy.

Case in point, there’s an email sitting in my inbox supposedly from Kelley Singleton

If you have any questions, check out our site. If that doesn’t cover it, please don’t hestitate to contact us on support and we’ll be happy to help you out.

No malware found in this email. Checked by NANO Antivirus.

Straight away you can tell this a scam because a legitimate business is very unlikely to use an email address like pithyy630 to send out official correspondence. Of course the scammer is hoping you won’t notice this because you’re too busy trying to remember what you bought for $294.94. It’s a lot more plausible than being told you’ve won the lottery.

You might even panic and think that it’s billing error, or that your online shopping account has been hacked. There’s not enough detail in the body of the email to determine exactly what you bought, because the scammer wants you to urgently open the attachment without stopping to think that it’s actually a virus designed to infect your computer, to steal passwords and generally wreak havoc.

The second clue that this is spam is that the attachment is a zipped file. This could contain anything, even though it gives you the impression that it only contains an image file. Also watch out for files with .exe on the end. Even PDF and image files can be dangerous. The golden rule is never, ever open attachments from people you don’t know, no matter what they claim to be.

Apart from the misspelling of hesitate, there were two other smaller clues which tipped me off that this is a scam. Firstly, it claims I paid by cheque when I haven’t written out a cheque for years. Secondly, it wasn’t sent to my main email address. It was sent to a secondary address which I only use when I sign up for online shopping sites.

The only way scammers got their hands on this address was by hacking into one of these sites and stealing the list of customer email addresses. Or buying a stolen list off someone else. If a website’s security is that poor then the hacker might also have my password, which is why it’s so important not to reuse passwords across different sites.

Unlike lottery and Nigerian prince scams, these scams aren’t preying on people’s greed. They’re simply trying to catch you off guard in the hope you’ll open the attachment without stopping to think twice. Don’t fall for it. However mundane an email appears, always stop and think before you open an attachment. When it doubt, don’t do it.