What are your tech warranty rights anyway? 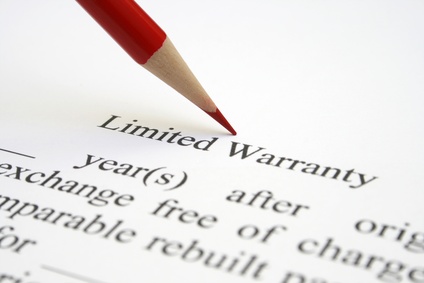 When you buy a bit of technology, whether it’s a printer, server, laptop, tablet or mobile phone, it’ll come with some kind of warranty document specifying exactly what the manufacturer’s warranty will or won’t cover. You can expect plenty of legalese, a lot of exceptions covering all kinds of stupid scenarios that most of us are unlikely to encounter and generally a lot of confusing language overall. The figure that most of us pay attention to is the period of the warranty offered, which is usually a number of years — often as low as one.

Now, one thing that your warranty won’t cover is accidental damage, so if you do happen to run over your laptop with your car, douse your desktop in a cup of coffee or drop your mobile phone into a nuclear reactor, you’re plumb out of luck, so do try to avoid doing that. But does that really mean that if your computer suddenly stops working 366 days after you’ve purchased it that you’re up for any and all repair costs? You may have been offered an “extended” warranty, either from the manufacturer directly or from the store, but you didn’t take it up. Was that really wise, and should you be out of pocket?

The short answer is that in most cases you shouldn’t really be inconvenienced that way. Most extended warranties are great for making stores some cold hard cash upfront, but the reality is that any manufacturer warranty in Australia is in addition to the statutory rights you’ve got as a consumer under Australian law. Any tech company can write whatever they like into a warranty, but they can’t do a thing about the statutory rights that you have, because they do in fact come first.

That’s not a carte blanche to take that Commodore 64 you bought back in 1987 back to K-Mart on the grounds that it no longer works, mind you. The issue here is that the statutory rights you’ve got don’t carry a specific term for specific goods, because they’ve got to cover the expectations of everything from soap to servers. If you read over the ACCC’s guide to warranties and refunds, and it’s well worth your while doing so, the specific language used makes this clear:

“Statutory rights are not limited to a set time period. Instead, they apply for the amount of time that is reasonable to expect, given the cost and quality of the item. This means a consumer may be entitled to a remedy under their statutory rights after any manufacturer’s voluntary or extended warranty has expired. For example, it is reasonable to expect that an expensive television should not develop a serious fault after 13 months of normal use. In this case, the consumer could argue the item was not of merchantable quality and ask for it to be repaired, even if the manufacturer’s voluntary warranty had expired.”

So there’s no set period — it has to do with the cost and quality of the item, which in tech terms can be highly variable. Buy a cheap plastic mouse and it might only last months, but spend thousands on a high-end desktop or laptop and it should be good for a solid amount of time. When things do go wrong outside the manufacturer warranty, it can be an interesting exercise in negotiation with your tech vendor. It’s worth remembering that, from a legal standpoint your contract is with whoever actually took your money, so if they do fob you off to the original manufacturer you’re within your rights to insist that the original seller still deals with any problem, although it sometimes can be worthwhile also checking with the manufacturer, who may solve your problem in any case.

As an example, Apple’s standard warranty is a single year on its products, with an optional (i.e paid) “Applecare” warranty of a further two years if you choose to take it up. It was recently reported (but, it should be noted, not explicitly confirmed by Apple) that they’d work more closely in line with ACCC guidelines, with two year’s coverage for obviously undamaged products. Again, that’s as per reports that appear to come from Apple resellers, not “officially stated” Apple policy, but it makes some sense given how Apple positions its products. They’re a luxury computing company in their own eyes, so the idea that a Macbook Pro might die within 12 months is a little bit ridiculous.

That also shouldn’t exclude Applecare, which adds other support options and international warranty, so if you travel a lot it could be worthwhile. But if you’re fair and reasonable to your tech gear and haven’t accidentally killed it, it’s worth checking with your vendor what they’ll cover, and remind them of the ACCC guidelines for such things. You won’t win in every single case, and some tech goods are indeed only good for a year or so depending on price, but you equally shouldn’t just take the manufacturer warranty as the final word either.