What can shops do to win back our dollars? 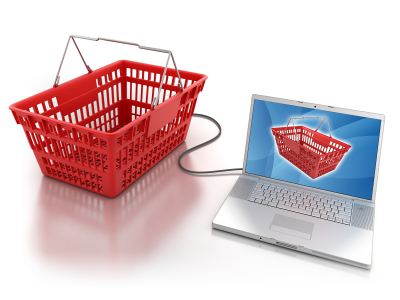 Done all your Christmas shopping online again? How could physical stores win you back?

There’s a new shopping trend called “showrooming”. Well actually it’s an old trend with a fancy new name. Showrooming basically means that you treat your local bricks and mortar retailer as a handy showroom for checking out products — kicking the tyres and trying stuff on for size to see if it’s right for you.

When they find what they like in the store, a showroomer then snubs the sales staff and buys the product online — usually at a considerable discount. For bonus points you might even make your online purchase while you’re still standing in the store — perhaps using a smartphone app like RedLaser to scan the barcode and find a better deal.

Showrooming might seem like the final nail in the coffin of Australia’s retail sector, but many retailers are more interested in whinging about the problem then addressing the underlying issues. Manufacturers take advantage of globalisation to source the cheapest parts and labour from around the world, but apparently shoppers aren’t allowed to do the same. Crying foul when overseas retailers sidestep the 10% GST rings hollow when Australian retailers often charge a 50% to 100% markup on the US retail price.

Even when you allow for transaction fees, international exchange rates and delivery fees, it’s generally cheaper to buy things online than in physical stores — which isn’t surprising because online retailers avoid the considerable overheads of running a shop and employing sales staff. Amazon changed the face of retail forever. Today anything that’s easy to post, such as a book or a DVD, is easier to buy online than in a store. At first glance it seems old-school retailers have no hope of surviving the online onslaught, but they simply need to evolve and understand that they’re actually no longer in the business of selling things.

Much of the showrooming conflict revolves around the fact that retailers still think they sell goods like books and CDs, but they don’t. Retailers are actually service providers. The service they provide is selling the goods — acting as the middleman to handle the logistics of getting the product from the manufacturer into your hands.

It sounds like splitting hairs, but looking at retailers as service providers helps to understand the showrooming trend and what retailers can do to fight back. Physical stores once had a monopoly on providing the service of selling products such as books, but now almost anyone can sell you a copy of War and Peace. Shoppers need to decide which retailer is going to provide the service of selling them that book.

Physical stores can’t compete against the internet on price alone, so if they’re going to charge more for that book then they need to provide a better service. Unfortunately their cost cutting generally impacts on their customer service, which only makes matters worse. Retailers can complain about the cost of doing business as much as they want, but if their globalisation push has taught us anything it’s that someone else’s overheads are not our problem.

So what kind of service did you get last time you walked into a physical store? Was someone there to help you or were you left to aimlessly wander the aisles? Did the sales staff understand what they were selling or were they simply shifting boxes? What would it take to get you back there?