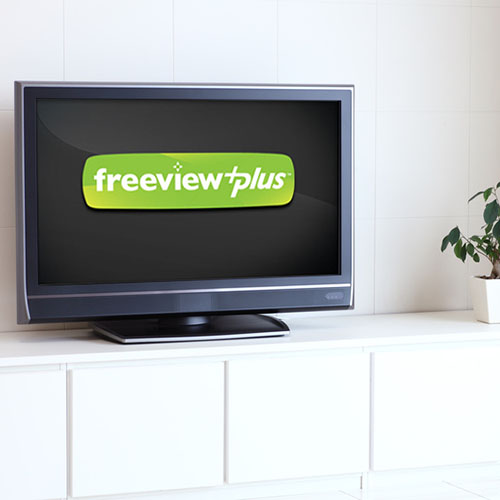 Australia’s broadcasters have finally banded together to build Catch Up TV straight into our televisions, but you’ll probably need a new television to see it.

FreeviewPlus relies on a technology called Hybrid Broadcast Broadband Television, or HbbTV, which is still very rare in Australian televisions but is coming to some new models this year. HbbTV makes it easy your televisions to stream video from the internet and access other online content and interactive features.

The technology takes advantage of those little-used colour buttons on your television’s remote control. If you see the FreeviewPlus icon on the screen, pressing the green button on your remote control calls up the FreeviewPlus onscreen TV guide. As well as showing you what’s on now and over the upcoming week, the guide also lets you scroll back in time to find shows that you’ve missed. You can stream those shows from the internet with the press of a button, rather than needing to launch a separate Catch Up TV app and search for what you want to watch.

Each television network also has its own HbbTV app, which you can launch by pressing the red button on your remote control. For now these apps focus on Catch Up TV but the networks are likely to add extra features over time such as multiple camera angles, bonus content, live stats for sporting events and interactive features like real-time voting. There’s also the chance it might be flooded with advertorials, like the new shopping and lifestyle channels which are basically 24 hour advertising.

Unfortunately Australia’s TV networks have been slow to get FreeviewPlus off the ground, due to technical difficulties and squabbling between rival television networks. They’ve finally united to fight a common enemy in Foxtel and they hope FreeviewPlus will encourage viewers to stay with free-to-air television.

The launch of FreeviewPlus has been delayed several times and we’re unlikely to see it before July. Frustrated at the delays, SBS decided to jump the gun and switch on its own HbbTV app in June, so you might already see the red SBS icon when you’re on an SBS channel. Now that SBS has broken ranks, some of the other networks might follow.

It’s not worth ditching your current television on the nature strip just to upgrade to FreeviewPlus, but it is worth asking about HbbTV the next time you’re in the market for a new television.