What is the Multi-Technology Mix approach to the NBN? 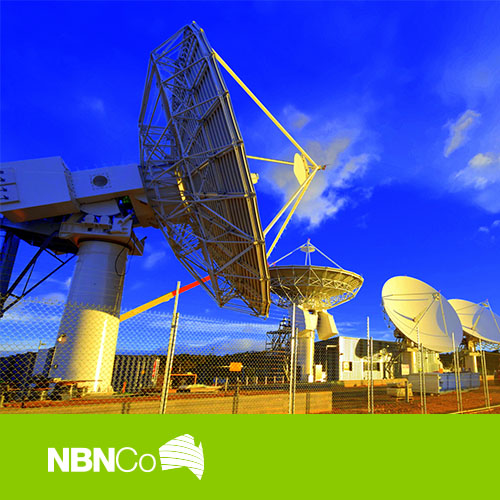 Now that Australia’s nationwide fibre rollout has been scrapped, how will the National Broadband Network reach your front door?

The initial idea for the NBN was to run fibre-optic cable to 93 per cent of Australian homes and then hook up the stragglers in remote parts of the country via satellite or fixed-wireless. The national Fibre-to-the-Premises plan went out the door with the change of Federal government and the new design is much less ambitious.

The new-look NBN will retain the fibre in patches where the rollout has already begun, offering up to 100 Mbps connections depending on your plan. As the name suggests, the new Multi-Technology Mix (MTM) design will incorporate several other technologies. It plans to reuse existing broadband infrastructure to keep down costs and roll out the network faster.

Many homes already access broadband via the Pay TV cables. This Hybrid Fibre Coax network was scheduled to be decommissioned, but it’s going to remain under the MTM plan.

If your home is already hooked up to HFC cable then you’ll stay on it. Depending on your provider and plan, you might already be getting around 100 Mbps over the cable network. Unfortunately the hotch potch HFC rollout left many homes unable to access the pay TV cable even if it does run down the street.

Where there’s more than one dwelling on a block, often only the first dwelling is connected to the cable network. The other dwellings are forced to rely on the copper phone lines for broadband and a satellite dish for pay TV – even if they’re within a stone’s throw of the city centre.

The plan is to come back and connect up all these overlooked homes to the HFC cable. This will roughly triple the number of homes relying on cable, requiring a major backend overhaul if it still wants to offer 100 Mbps download speeds with reliability similar to fibre.

The expanded HFC network should cover around 30 percent of Australian homes. Roughly 23 percent are expected to get fibre, while 7 percent of remote homes will still rely on satellite or fixed-wireless – although upgrades are also planned to improve data speeds and reliability.

That leaves roughly 40 per cent of homes, which will connect to the NBN via Fibre-to-the-Node. If you’re not already scheduled to get fibre to your door, and there isn’t a pay TV cable nearby, then you’ll probably end up with Fibre-to-the-Node.

Right now you probably rely on a DSL broadband connection which uses the copper phone line running back to your nearest telephone exchange. Your download speeds are dependent on your distance from the exchange and the condition of the copper line – you might get 20 Mbps or you might struggle to hit 1 Mbps.

Fibre-to-the-Node will run fibre to within a few streets of your home and then use the copper phone line to cover the last few hundred metres. Early trials have seen download speeds of around 90 Mbps, but your mileage may vary and the government is only promising minimum download speeds of 25 Mbps.

When the bar has been set so low, you can’t expect them to fix dodgy copper in your street even if it’s stopping you getting the same speeds as your neighbours.

There’s one more technology in the mix; Fibre-to-the-Basement. In some apartment blocks they’ll basically run fibre to a node inside the building and then use the building’s existing copper wiring to reach each apartment.

When you combine all these technologies into the one network, the new-look NBN certainly is a mixed bag. At this point it’s difficult to say exactly who will get what and what kinds of broadband speeds you’re likely to see in the near future.