What is the PlayStation TV? 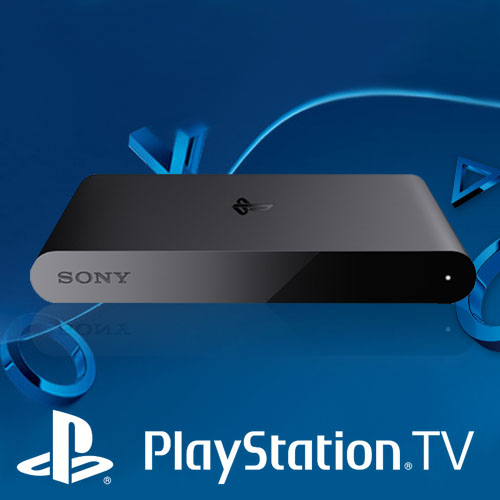 It’s not actually a television and it doesn’t let you watch live broadcasts, so where exactly does Sony’s PlayStation TV fit into your lounge room?

The $149 PlayStation TV is actually a palm-sized set-top box with an HDMI port on the back for plugging into your television. Like most set-top boxes with “TV” in the name, the PlayStation TV doesn’t include digital TV tuners for watching live television. Instead it makes it easier to get Sony games and movies onto the big screen in your lounge room or elsewhere in the house.

This is perfect for those times when you’re in the middle of a game and forced to surrender the lounge room to someone who wants to watch television. You can pause the game and pick up where you left off on the PlayStation TV in another room, although you’ll need to either bring the DualShock controller with you or invest in a spare because Sony doesn’t include one with the PlayStation TV.

You don’t need to be in the middle of a game, you can remotely commandeer the PlayStation 4 at any time but you’re taking full control of it so whoever is in the lounge room can’t do something else with the PlayStation 4 such as watch a movie.

Remote Play alone might justify the expense of the PlayStation TV for some people, but it has a few extra tricks up its sleeve. The PlayStation TV is actually a stripped-down PlayStation Vita handheld games console, with the screen and built-in controllers stripped away. There’s still a Vita memory card slot on the back, so you can play Vita games on your television – although once again you’ll need a DualShock 3 or 4 controller on hand.

Along with playing Vita game cartridges, you can also tap into the PlayStation Store to play old PSOne, PSP and Vita games. It’s a tempting proposition considering that these features are still missing from the PlayStation 4, although unfortunately the results are hit and miss.

The PlayStation TV’s final trick is that it’s a media player for tapping into Sony’s online movie service, although you’re limited to standard-definition. You can also stream content around your home – another feature still missing from the PlayStation 4.

Using the PlayStation TV you can play music and video across your home network from a PlayStation 3 or else a computer running Sony’s Content Manager software. Alternatively you’ll also find the free Network Media Player app which lets you stream content from home DLNA servers running on a computer or Network Attached Storage drive.

If you own a PlayStation 4 but need to fight for time on the couch then the PlayStation TV’s Remote Play feature might be the perfect addition to your home. Unfortunately the ability to play older games is very hit and miss, so if that’s your primary requirement then you’re probably better off running your old PlayStation 3 alongside your new PlayStation 4.