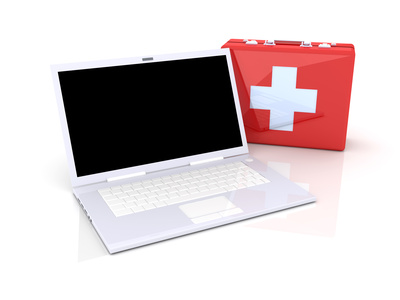 There are applications that you use maybe once in a blue moon, and then there’s your everday software. For many of us, that’ll include wordprocessing, database or spreadsheet software on a productivity basis; maybe a web browser or image manipulation tool, or perhaps just the games that you love playing on your PC.

The question is: Do you have them accessible besides from on your PC if something goes wrong?

In this day and age it’s tempting to simply think that with so much software delivered as a download that it’s not really necessary to think about where you’d get your software from in the event of a critical emergency, but it’s something I’d say was well worth looking into.

Plenty of digital software is readily available if you do need to do a full reinstall of a dead PC, or for that matter if you’re upgrading to a new machine, although in the latter case it would also be wise to check your licence for each bit of software. Plenty of software is sold on a single machine, single install basis – so for example, when you install a “new” copy of Windows, it’s tied quite tightly to the hardware you install it on, and isn’t transferrable to a new machine.

If there is software that you use on a daily basis, it can be worth keeping tabs on its development, even if you haven’t updated it for a while.

As an example, there was a time when if you’d asked me which bit of software I used to listen to music with, the answer would have been simple. Winamp was, for many years, my digital music listening app of choice; it was lightweight, played everything I needed it to, and it was free. I shifted away from Winamp when I switched from using a Windows PC to a Mac some years back, but even then I somewhat missed it.

I must have been one of the only ones, because parent company AOL announced earlier in 2013 that it was ceasing development of Winamp towards the end of the year. That’s now happened, but for now, the site at winamp.com is still up and operational, so if I needed to download a copy it would still be feasible to do so. It’s also a large enough piece of software that it’s likely to be mirrored elsewhere for at least a few years, but it’s not certain to be archived forever.

It’s tempting to think that everything on the Internet is permanent, but this isn’t true, especially for software. Some time back I wrote up a reflective article on USB Flash drives, pointing to one of the first examples I’d ever tested; a tiny 8MB USB drive that came with software drivers. You had to have the drivers to read from the USB drive, but the software itself came on a floppy disk.

Yeah, it was that long ago.

Anyway, the floppy had long since vanished, but I still had the original USB drive, and no idea what I’d stored on it some fourteen years ago. So I went hunting, and found plenty of software download links… but none of them pointed to an actual downloadable file any more. Many relied on now defunct services or sites, rendering the USB hardware functionally useless. If I’d kept a copy of the drivers – even though it’d almost certainly involve a bit of fiddly work to get them running under Windows 7 or 8 — I’d at least have a starting point to work from.

As such, it’s worth thinking about your everyday applications, whether you’re using them on a PC, a Mac, a smartphone or a tablet. If the hardware goes and you replace it, how easily will you be able to replace the software that makes it really special to you?