What’s new with the Apple TV? 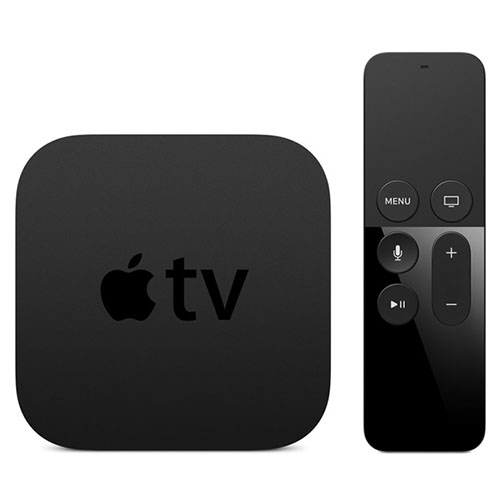 More than just watching movies, the new Apple TV brings Siri and the best of the App Store to your lounge room.

Like most gadgets with “TV” in the name, the Apple TV isn’t actually a television. Nor does it have TV tuners. Instead it’s just a tiny set-top box designed to bring the best of the internet to your television without needing to buy a whole new smart TV.

Originally the Apple TV was designed as a gateway to the iTunes movie store and streaming video services like Netflix. The new fourth-generation Apple TV builds on this with access to the TV-friendly corner of the App Store – letting you tap into more video services and, with time, install popular media player apps like Plex and VLC.

The bigger change is that you can now play iPhone games on the Apple TV, optimised for the big screen. Australia’s Crossy Road and Jetpack Joyride are there from day one, with plenty more to follow.

The Apple TV’s gaming credentials are enhanced by a new remote control with a touchpad in place of the five-way rocker. It also has a built-in accelerometer and gyroscope, so you can use it to steer a race car or wave a tennis racquet.

At this point the Apple TV sounds a lot like Nintendo’s Wii, but there are shortcomings which mean it doesn’t quite measure up to the Wii as a game console.

Unlike the Wii, the Apple TV doesn’t have a sensor which sits on top of your television to track the controller in your hand as you move around the room. This means you can’t dive across your lounge room to make a difficult shot, making Apple TV games like Beat Sports less of a fun family suite of games than Wii Sports.

Of course it’s still early days and with time we’ll see new games designed to make the most of the Apple TV – perhaps multi-screen games which coordinate with an iGadget.

If you’re not interested in playing games on your television then you might be more excited about the fact that Siri is built into the new Apple TV. You can wake her by holding the microphone button on the remote, asking her to search through the iTunes Store and Netflix for something to watch.

Unfortunately you don’t get the full Siri experience. She’s preoccupied with movies and TV shows, you can ask her about simple things like the weather but she’s not the same fountain of knowledge that you find on other Apple devices.

If you already own an older Apple TV then there’s no rush to upgrade unless there’s a new app that you really need in your lounge room. But if you’re looking to make your first step into the age of internet video and lounge room apps then the new Apple TV might deserve a spot alongside your television.