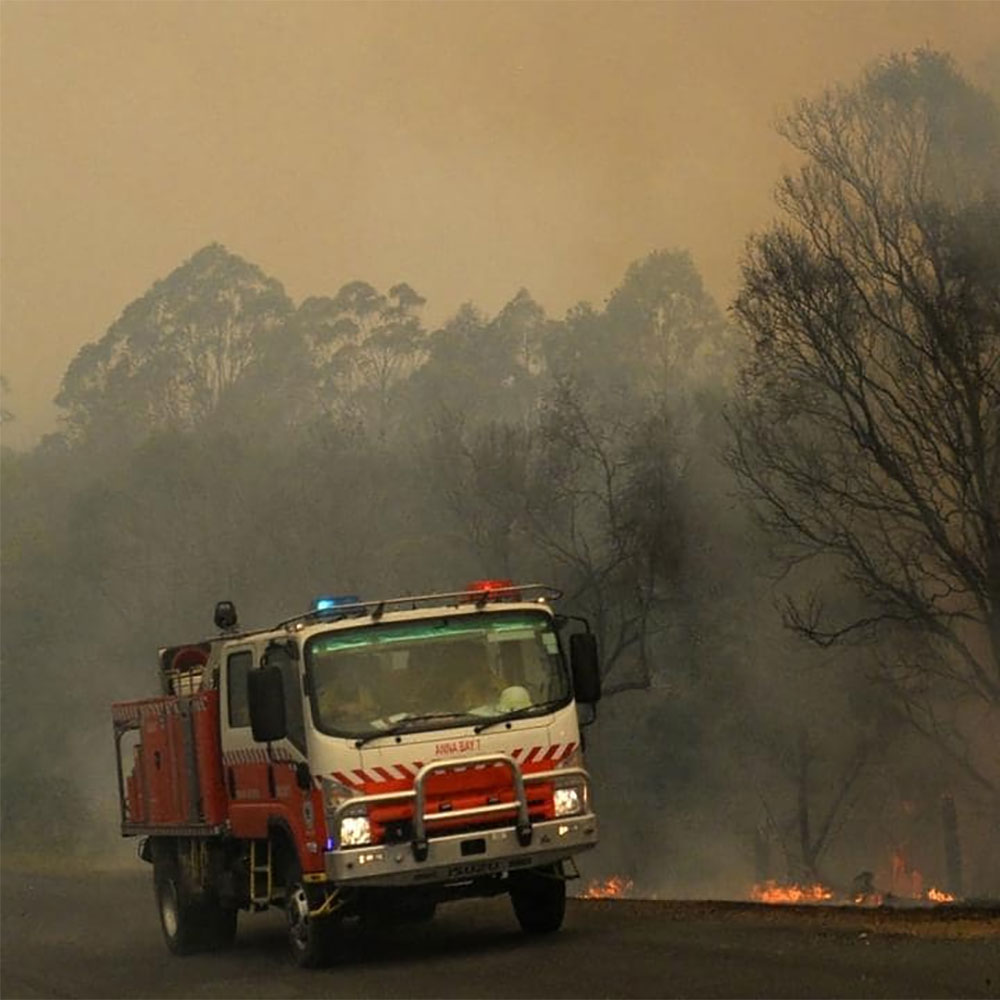 We’re in the middle of a particularly fierce bushfire season here in Australia, and sadly that’s included not only loss of property but also loss of life.

Bushfires are part of the Australian ecosystem, it’s true, and if you live in an area that’s likely to be affected by them, it’s wise to have a survival plan, whether that’s to leave at the first sign of trouble — and I’ll be honest, that’s part of my own strategy, if only for breathing reasons — or to be well prepared to stay and fight as long as it’s safe to do so.

Anyone in an area that could be impacted — which is, let’s face it, most of the country — will probably have a plan, and if you don’t, you really should. You’re usually advised to have important documents to hand if you do have to flee, as well as survival necessities, but have you considered what you should do in technology terms?

Now, if you’re in a situation where you have to leave immediately, it’s too late, but just like preparing for any other aspect of bushfire survival, a little planning can go a very long way.

Indeed, a little judicious technology planning can make a huge difference in ways you might not have considered. This isn’t an exhaustive list of things to take into account, but should give you food for thought, even if you’re not in an area where bushfires are usually a concern.

Backing up your documents: Look, I’ve mentioned many times before here that you should have a backup of your own files, if only because hard drives and computers can and do fail at the least opportune times.

Extreme heat is no friend to computers, and there it won’t matter much if you’re using a newer solid state drive or an older mechanical one, because a melted heap is melted either way.

But in a bushfire scenario, having an encrypted online vault of your precious documents — preferably both certified copies of important legal documents such as insurance details, house titles and the like — but also scans of your physical photos and backups of your digital ones. Photo albums are frequently the kinds of things people regret losing the most, but if they’re stored online, even if your computer doesn’t make it, your photos will. Taking the time to scan in those precious photos doesn’t just mean you can share them with family overseas — it could be a vital part of a strategy to keep them even if the original photos are sadly lost.

Using online resources to stay safe: There’s no shortage of online resources that you can use to keep yourself aware of both fire restrictions in your area, but also any ongoing fire actions, whether they’re controlling an actual fire or backburning to reduce future risk. That’s not just a question of being ready to leave if a bushfire is approaching, but even simpler health issues such as staying indoors if there’s a planned backburn in your area if you have breathing issues. Doing a simple Google search for your state or area and “bushfire map” can reveal a store of resources that may track more quickly than waiting for a radio or TV broadcast to alert you.

Keeping resources with you — especially a well-charged smartphone — can keep you updated even if you do have to leave an area, and of course you can use that same smartphone to alert friends, family and workmates about your situation. It’s not a bad idea in those circumstances to have a spare battery pack for your phone, as you may be some time between recharges.

Working out what you can take with you: That 65 inch TV? Not likely to fit into the car, and even if it did, it’s going to be heavy and difficult to move. But working out if you’ve got a backup drive, or a laptop that can be quickly put into a bag along with the rest of your bushfire survival kit can give you a useful tool for communication, as above, as well as elminating one of the more pricey items you’d otherwise have to claim against insurance. Bear in mind that if you do have to leave your home and your tech items are lost, the key content there is anything you’ve created. There’s much less point in saving, say, software that you could almost certainly get online again anyway, but if you lose your photos, your business account files or that great Australian novel you’ve been working on, there’s going to be no way to get it back again.