Contrast or resolution – which is more important in a television? 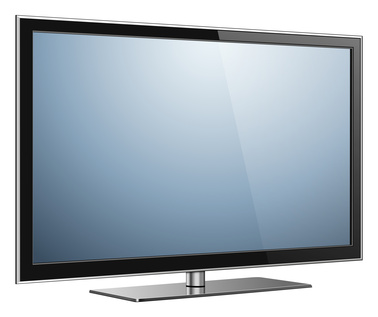 Where will you focus your attention when buying the next centrepiece for your lounge room?

Modern televisions are brimming with bells and whistles but for me television shopping is all about picture quality. I think you should focus on the best picture quality you can afford, even if it means dropping a screen size, and then let your various set-top boxes do the heavy lifting in terms of advanced features such as Smart TV.

If you’re out shopping for a new television, two key aspects of picture quality to consider are resolution and contrast. Resolution refers to the number of pixels on the screen. The more pixels, the more detail it can display and the sharper the picture. HD televisions offer 720p resolution, which means the screen is 1280 pixels wide and 720 high. These days most widescreen televisions deliver “Full HD” 1080p resolution, offering 1920 x 1080 pixels. You’ll also come across a few new “Ultra HD” televisions, which are four times sharper than Full HD at 3840 pixels wide and 2160 high.

Rather than focusing on sharpness, contrast refers to how deep the blacks are and how much detail is faintly visible in the shadows. If your television offers poor contrast then you might find the supposedly black shadows are really dark grey. You might also experience “black crush” where dark areas – such as a dark shirt or shadows in an alleyway – appear as a solid blob.  All the fine detail is lost, such as people lurking in the shadows or creases in dark clothing.

The early LCD televisions tended to offer disappointing contrast because they relied on a bright backlight. They struggled to create deep, rich blacks. Plasma televisions had the advantage, because they don’t feature a backlight. Today’s LED LCD televisions have improved backlights which helped close the gap on plasma, although they tend to be more expensive. In return you’ll find that plasmas can be more expensive to run than LED LCD, although plasma’s power consumption has improved over the years.

Both contrast and resolution are important aspects of a great television picture, but if you’re forced to choose I think contrast should take priority. There’s more to picture quality than pixels and a great 720p plasma can still look better than a cheap and nasty 1080p LCD.

It’s easy to get excited about extra pixels but right now there seems little point in spending top dollar on an Ultra HD television when there are no Ultra HD movies to watch. Hopefully this year the industry will finalise its plans as to how it intends to deliver Ultra HD content to our lounge rooms.

If you’re focusing on contrast you’ll find television-makers are gradually turning their back on plasma. The handful of decent plasmas still on the shelves offer more bang for your buck right now than an LED LCD. You need to spend more on LED LCD to match the picture quality of plasma.

We’re also seeing Organic LED (OLED) televisions hit the shelves, which don’t rely on a backlight and offer picture quality which puts both plasma and LED LCD to shame. Unfortunately OLED is still very expensive and it might be a bit early to jump on the bandwagon unless you have deep pockets. You’ll even see Ultra HD OLED televisions from the likes of LG this year, although as you can imagine the price tag will put them out of reach for most people for a while.

People tend to replace their televisions every five to seven years, so if you’re buying a television today then you’ll want to plan ahead. If you’re on a tight budget you should pay more attention to contrast and the overall quality of the picture, rather than just focusing on the number of pixels crammed into the screen.