Why 802.11ac “beamforming” might be the answer to your office wireless woes 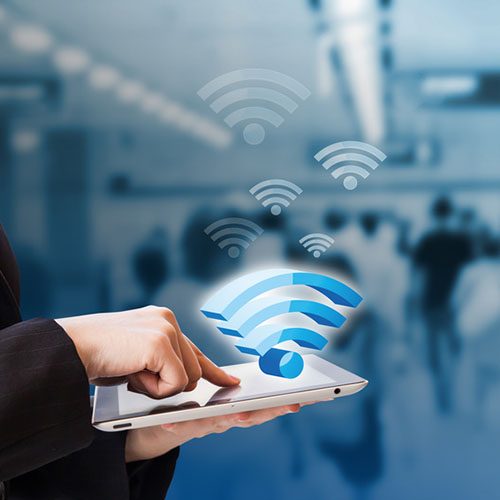 If you’re struggling with Wi-Fi black spots around the office, “beamforming” lets you target your signal where you need it most.

Wireless networking is one of the wonders of the modern age, letting you cut the cable as you roam around the office. While it’s heaven when it’s working at its best, Wi-Fi can quickly turn to a living hell if you’re plagued by reception issues.

There are a few basic things you can do to improve your office Wi-Fi coverage. Try placing your Wi-Fi access point up higher and perhaps moving it away from the wall or corner. Also watch out for large solid objects which might be blocking your line of sight back to the access point.

You might also upgrade to a 5GHz network, if your gadgets support it, rather than relying on the 2.4GHz band. Your 802.11g 2.4 GHz office network might grind to a halt whenever someone uses the microwave to heat up their lunch. Cordless phones and other wireless gear can also mess with your Wi-Fi network.

It’s tempting to simply throw a raw speed boost at Wi-Fi problems, which is what you’ll get if you upgrade to an 802.11ac 5GHz Wi-Fi access point. It can triple the speeds of 802.11n, assuming that your end devices also support 802.11ac. If your current notebook, smartphone and tablet don’t support 802.11ac you should put it on your shopping list when it’s time for your next hardware refresh.

That speed boost is handy if you’re shifting around large files, but it still might not solve your reception issues. Thankfully some 802.11ac Wi-Fi access points support beamforming, which is an optional part of the 802.11ac standard. It shapes the Wi-Fi signal to get to those hard-to-reach corners of the office.

The signal from a traditional Wi-Fi hotspot radiates out in a circle, like the light from a light bulb.

Think of beamforming as converting that light bulb into a lighthouse, letting you focus the signal in certain directions to reach devices that don’t have great reception.

If you’ve got great Wi-Fi reception you’re unlikely to notice the difference from a Wi-Fi access point which supports beamforming. But once you’re in the next room, or perhaps upstairs, the benefit of beamforming will shine through. You’ll still see a performance drop as you move further away from your Wi-Fi access point, but it won’t be as dramatic.

When the time comes for your office to make the upgrade to 802.11ac, ask about beamforming and whether it could help resolve your Wi-Fi black spots.