Why Is It Important To Have Windows Update Automatically? 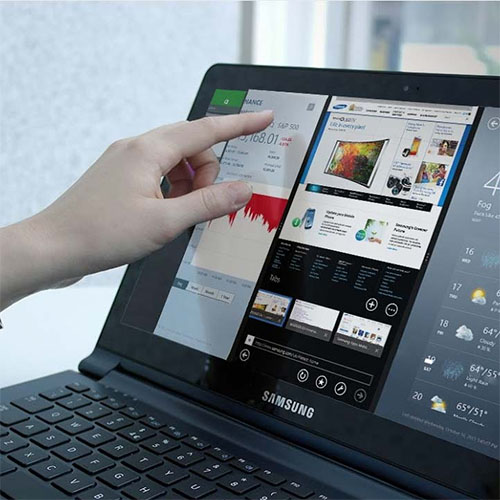 Samsung recently got itself into some serious hot water when it emerged that a number of its laptops shipped with a utility that disabled automatic Windows updates, instead prompting you every time there was an update available as to whether or not you wanted it installed.

The application, “Disable_Windowsupdate.exe” was installed on Samsung laptops with, according to Samsung, proper intentions. The idea was that because Windows update will deliver generic hardware drivers for any part of a Windows system, it could conceivably deliver a generic driver for a Samsung-specific bit of hardware, whether that was the display, the USB ports or the Wi-Fi networking capability that might be inferior to Samsung’s own specific software. Plenty of hardware manufacturers supply drivers that are specifically fine-tuned to particular notebook configurations. That’s nothing out of the ordinary, and indeed the performance of these drivers can be far better than the generic options, whether it’s better screen resolution, more reach for wireless networking gear or improved battery life.

Still, Samsung’s approach was problematic, because the other thing that Windows Update delivers is a range of security updates for every other part of the Windows operating system. The dominance of Windows in the world PC market means that it’s still the prime target for malware writers and similar miscreants. As such, it’s an exceptionally good idea to keep your Windows PC updated frequently. Currently, Microsoft delivers patches in large batches, unofficially dubbed “Patch Tuesday”, because that’s the day that Microsoft typically delivers them to end users. It’s indicated, however, that with the incoming Windows 10 platform, it will instead switch to a rolling delivery of software patches as and when it approves them, which should (at least in theory) lead to a more secure Windows experience.

At least in theory, that is. Samsung’s move rather destabilises that. Its application doesn’t outright disable Windows update entirely, despite the name. Instead, what it does is disable the ability for users to choose to have any new updates or patches applied automatically. You can opt to manually install patches instead while not tripping over Samsung’s software, but that’s a less than optimal solution for two reasons. Firstly, the response most of us have when Windows indicates that it needs to install updates by way of a reboot tends to be to delay or cancel the update if it’s getting in the way of whatever work we’re up to in the minute. Making it entirely optional means that many updates simply wouldn’t be applied, and that’s not a bad thing for your own system, or for the general spread of malware either.

Samsung’s indicated that it’s going to deliver a patch to affected Samsung laptops — it hasn’t said how many, or which models were actually affected — within a few days, so this could be an issue that’s resolved relatively quickly. What it does highlight, however, is the need to keep systems — and not just Windows ones — updated. In terms of vulnerability attacks, it’s largely the unpatched and unprotected computer systems that tend to fall first. You wouldn’t want your system to act as part of a zombie botnet helping in online attacks or just sapping away your broadband quota by serving up files of unknown provenance, or for that matter let the whole world in to pry into your own private affairs. Only a properly patched and secured system is going to afford you that over the longer term.