Will Australia’s TV networks feel the heat in 2014? 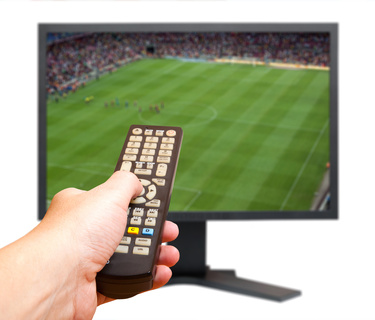 Watching live television is a very frustrating experience in Australia. The networks fail to stick to their advertised schedules, refuse to start shows on time and then cram in a ridiculous number of ad breaks. It’s a painful way to watch your favourite TV shows, but we keep coming back for more.

While tech-savvy trendsetters may have sworn off broadcast television for good, they’re clearly a vocal minority – because we haven’t seen a corresponding dip in viewing numbers over the last few years. Australia’s average number of daily TV watchers sits steady at around 13.5 million, according to OzTAM. We’re still watching an average of just over three hours of television every day and more than 90 percent of what we watch is live rather than time-shifted. We mostly sit through the ad breaks, even though we don’t have to anymore.

Going on these figures you wouldn’t even think internet video existed in Australia. Obviously we are watching plenty of internet video, with Catch Up TV services and online movie rentals going from strength to strength. It’s just that those hours don’t seem to come at the expense of traditional television.

So why hasn’t the internet put a major dent in Australia’s television viewing habits? Partly it’s due to technical limitations. The average home broadband connection still only offers 4.5 Mbps, according to Akamai, which is barely enough to support a reliable streaming video link. Of course 4.5 Mbps is the average and a lot of people still struggle to get a solid 1 Mbps, even if they supposedly live in an ADSL2+ coverage area.

Even if you’re blessed with a fast broadband connection and generous monthly data allowance, the Catch Up TV services built into most home entertainment gear are still clunky, failing to match the picture quality and ease of use of simply turning on the television. The ABC’s iView has always lead the way in terms of picture quality, but the quality of some of the other Catch Up services falls a long way short of even standard-definition broadcast television.

Another reason why we’re still watching television is that the networks have put a strong focus on sport and reality television shows which people prefer not to watch on a delay. It’s no surprise that 38 of the top 40 rating television shows in 2013 were either sport – AFL Grand Final, State of Origin, Australian Open Tennis and V8 Supercars – or reality television shows such as My Kitchen Rules, The Block, The X Factor and The Voice. The networks are investing their efforts into programming which people prefer to watch live, because they want to talk about the result the next day with family and friends.

New technologies like time-shifting make their presence felt when it comes to dramas such as Homeland, which people are happy to watch on delay. More than a quarter of viewers time-shifted programs like Homeland, Grey’s Anatomy, Elementary and Once Upon a Time last year. The networks aren’t too fussed by this now that time-shifting is counted in the ratings figures, so they’re not classified as lost viewers.

So what’s likely to change in 2014? Not much. The networks know they’ve struck a winning formula and they’re likely to stick with it. Even new players like Netflix are unlikely to have a major impact, because they won’t offer sport and reality television. The networks aren’t going to change their ways until the tech savvy minority becomes large enough to actually have an impact on the ratings figures. The best thing you can do is vote with your remote control, challenging the status quo one household at a time.