Will in-car Wi-Fi become the next big thing? 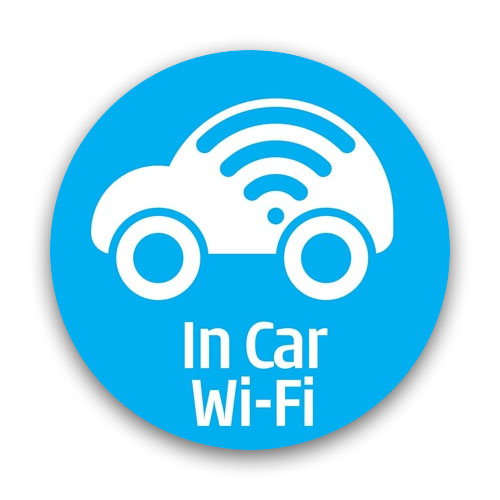 During the week, Optus announced an exclusive deal with sharing-economy darling (unless you work in the taxi industry) Uber that will see Optus 4G Wi-Fi hotspots placed in 100 Uber vehicles in Sydney and Melbourne before wider rollout to other Uber vehicles.

Uber, if you’re not aware of it, is a taxi competitor hire car service that has drawn equal parts admiration and ire. Admiration for its rapid use of smartphone technologies to show where booked vehicles are, and ire for its use of “surge pricing” that sees fares rise by multiples during times of peak demand. The idea behind surge pricing is that because Uber doesn’t have any vehicles of its own — all its drivers are the owners of their vehicles effectively working as mini-franchisees of a sort — offering higher fares will encourage more drivers to get on the roads, leading to more ability to service clients and lower overall surge prices. The jury’s out on whether that works, but every significant holiday — especially New Year’s Eve for some reason — you can expect to read news stories about someone who didn’t read the multiplier before agreeing to their Uber ride.

Uber’s definitely been ahead of the connectivity wave when it comes to its business model, and in many ways its deal with Optus is just a continuation of that. The idea is that you’d book your Uber to take you to your destination, then connect to the in-car Wi-Fi while driving to save on your own mobile bill while in transit, whether you need Internet connectivity for work or casual purposes. Optus is also promising Uber drivers a discounted deal on Internet plans, which raises the potential spectre of some Uber vehicles having inbuilt Wi-Fi while others do without. It’s not clear yet whether Uber will make that clear when you book or not.

It strikes me that a lot of Uber drives appear to be smaller, shorter trips in which many customers might not even bother to connect, although this could obviously be a boon for international travellers with roaming devices that otherwise don’t want to connect to expensive roaming services. Equally, though, I’ve not heard a whisper of standard taxi services offering such a service.

What if you’re interested in in-car Wi-Fi yourself without hiring another driver? In-car Wi-Fi in Australia isn’t an unknown concept in the luxury space, but it’s significantly less common in mid priced cars, or for anyone with an older car.

That being said if you’ve got an older vehicle, it’s rather simple to enable in-car Wi-Fi in a couple of different ways. You could opt for a straight up hotspot device with its own SIM card within to offer Wi-Fi when you drive, or simply switch an existing phone over to hotspot model; for iPhones that’s under Settings>Mobile>Hotspot, while Android varies a little but typically hides it within Settings>Mobile Networks or similar. For either approach there’s an obvious battery drain issue to contend with. Serving as a Wi-Fi hotspot, whether you’re using a dedicated device or a phone will quickly drain battery, but your car almost certainly has a cigarette lighter adaptor within it, suitable for a phone charger. Most hotspots charge from the same microUSB standard used for most smartphones, excluding Apple’s iPhones and some newer USB-C type phones, so it shouldn’t be an issue to keep a hotspot charged. From there, the only real challenge is keeping an eye on your data usage, because the more devices you have connected, the more data can be slurped down over the more costly mobile networks.