Will mobile tap n’ pay kill off the leather wallet? 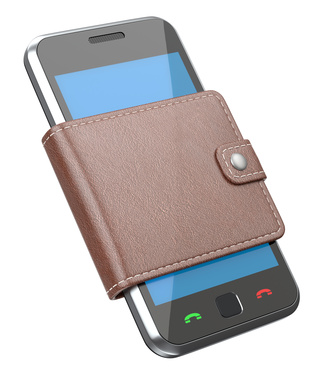 Samsung’s Galaxy S5 is the latest smartphone to mimic a credit card, but how close are we to the dream of carrying just one thing in our pocket?

Paying for stuff with a wave of your phone has always been the Holy Grail of mobile gadgets, but it’s taken us a while to get there. It wasn’t just a matter of waiting for the technology to catch up with our dreams, a lot of other pieces needed to fall into place before we could flash our phones in place of cash or card.

For mobile payments to work you needed the major retailers, big banks and gadget makers all on board, which obviously involved a lot of backroom deals. While the industry heavyweights were getting their act together, nimble competitors like PayPal pushed ahead. PayPal isn’t just for shopping online. These days it lets you make in-store payments via its smartphone app and this year it’s even adding a new pay-at-your-table option for times when you’re dining out.

PayPal’s efforts are certainly a step in the right direction, but of course most waiters will look at you blankly if you wave your phone at them when it’s time to pay the bill. Even with PayPal’s clout, mobile payments are never going to really take off until they’re as widely accepted as the likes of Visa, AMEX and Mastercard.

Thankfully the new generation of credit card terminals in shops let you wave your credit card at the counter. This paves the way for smartphones to build in the same Near Field Communications (NFC) wireless technology and mimic a credit card. In theory you’ll eventually be able to swipe your phone anywhere you can swipe your card. In practice it’s a way off yet.

You’ll find wireless NFC chips built into a wide range of Android and Windows Phone devices, but not Apple’s iPhone. Some people argue that NFC payments will never reach critical mass until the iPhone is onboard, but Apple is unlikely to jump on the NFC bandwagon because it has plans for its own mobile payments system. You can already pay for things in Apple stores using your iTunes account.

Android devices finally outnumber Apple devices but unfortunately special security requirements mean that only a handful of them can masquerade as a credit card. Unfortunately you’re reliant on your specific bank to support your specific phone. If you own Samsung’s Galaxy S4 you need to be a Commonwealth Bank customer in order to use the built-in NFC chip as a credit card. This year’s new Galaxy S5 extends this to both the Commonwealth Bank and Westpac, which is a step in the right direction but still leaves many people in the lurch.

To get around this hurdle some banks issue NFC-enabled smartphone cases. Some even offer an NFC-enabled sticker to slap on the back of your phone. Unfortunately the iPhone’s lack of NFC, combined with the fragmented nature of Android, means that these workarounds will be necessary for a long time yet.

The dream of mobile tap n’ pay is finally a reality, but only if you bank with the right financial institution, own the right phone and, in most cases, attach the right accessory. Your average person won’t bother with mobile tap n’ pay until it just works out of the box, especially when it’s just as easy to reach for the PayWave VISA card in your other pocket. It’s going to take a lot more cooperation between the major retailers, big banks and gadget makers before we can all leave our leather wallets at home for the day.