Will NFC kill off both signatures and PINs? 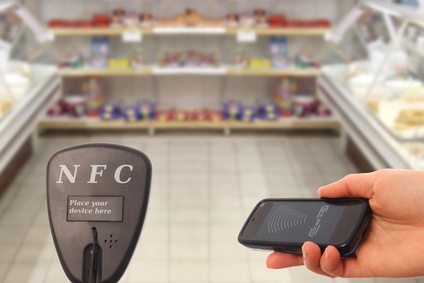 Most major financial institutions have committed to dropping signatures for credit card payments, citing the relatively high levels of fraud and difficulty in verifying signatures versus the relative security of a personal identification number, as long as you don’t tell anyone your PIN, of course.

There’s even a website — www.pinwise.com.au — to promote the idea of using a PIN rather than a signature, and a vague timeline that suggests that PIN entry will become the default within the next 12 months or so, if your bank or financial institution hasn’t already made it mandatory.

At the same time, there’s a strong focus on getting the next generation of payment processing in place using near field communications (NFC) technology; this is the underlying technology that runs services such as Visa’s payWave and MasterCard’s PayPass.

The theory is simple; you store your financial details securely on your smartphone or other mobile device — and there matters can be as complex as required by your financial institution to enable security — and then use it with a wave of your hand to pay for goods and services as you see fit. No signature or PIN required, because (in theory) only you have your smartphone, and it’s been pre-approved. Bump it on the payment terminal when it asks you to, and payment is automatically approved. It rather looks like magic, and is, if you hit an uninitiated salesperson, rather startling to them.

I had imagined that the same must have been true for the first ATM installations, but thanks to the online age, there’s a clearer picture of that available than I’d imagined.

The ABC recently dug through its archives and found a short piece from “This Day Tonight” detailing the introduction of ATM machines in Australia. It’s fascinating just to see where the technology has changed — and where it hasn’t.

It’s fascinating to watch — you can check it out here.

Nobody would accept the idea of having your ATM card posted back to you, but other than that, the technology doesn’t look terribly dissimilar to the devices we use today.

Introducing ATMs would have been a significant challenge in the late 1960s, and likewise, getting NFC up and running isn’t exactly a trivial matter. There is a challenge to this, and it’s at the hardware level, because you need the underlying technology in place to make this happen. At the merchant level that’s been an ongoing process, and you’ve probably noticed more than a few retailers, both large and small with credit card machines offering one (or more) varieties of contact free payment.

What about when you want to make the payment, though? There it’s a bit tougher, at least on the smartphone side, because not every smartphone supports NFC, and even within those that do, the operating system implementation may make a given payment application incompatible. As an example, there’s no NFC built into Apple’s very popular iPhone. It’s found in some Windows Phone devices, and some high-end Android devices, but it’s nowhere near universal.

So far, the way that NFC woes have been overcome at a hardware level is with add-on hardware. The Commonwealth Bank has pushed heavily in this regard, first with its iPhone-only Kaching product that used NFC-compatible iPhone cases, and more recently with add-on stickers that enable NFC style contactless payments across a wider variety of smartphones. The effectiveness of these solutions relies on making them as ubiquitous as possible — bearing in mind that the banks need both consumer customers and retail customers to use the system in order for the bank to make money on the transactions.

Some devices — notably a number of Samsung Galaxy smartphones that already have NFC baked in — are in the process of being approved for direct access as well, but again it’s not universal.

There are some risks with inadvertent reading to deal with, although to date the institutions that have started offering NFC payments have generally guaranteed payment matters, so if a dodgy transaction did pop up, in theory you should be able to reverse it with no long term issues for your bank balance. As with anything that you do with your money in a technology context — and in this day and age, that’s pretty much everything — it’s still wise to keep an eye on your transactions on an ongoing basis, whether you’re using a signature, PIN or NFC.