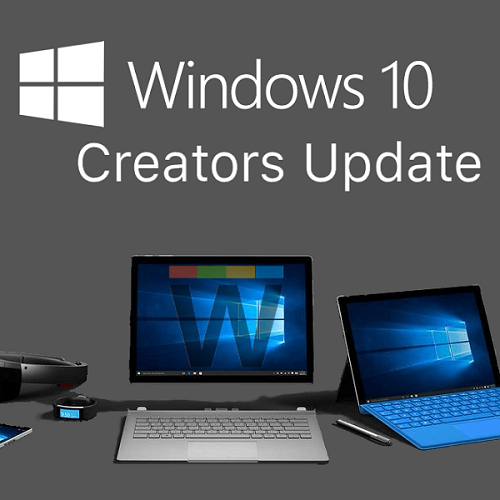 One of the core promises behind Windows 10 was that Microsoft would regularly release quite large updates to keep what’s expected to be a more-or-less perpetually upgraded operating system current. The previous update was dubbed the “Anniversary Update”, while the latest big change is known as the “Windows 10 Creators Update”.

It promises a rich cornucopia of new goodies focusing around creating new content, especially in 3D. As such, stalwarts of the Windows world such as the usually simplistic Paint becomes Paint 3D, a much more powerful application that makes it much easier to create and modify 3D objects. Yes, you still need a modicum of artistic skill to create something eye catching, but it does open up possibilities that were well beyond the older Paint app. For gamers, there’s the Beam facility, somewhat similar to services such as Twitch, as well as a dedicated Game Mode to improve performance even on older machines. Microsoft’s Edge browser gets an update, and features such as book sales (for now, US only) and Dolby Atmos support are also baked into the “new” OS.

If you’re using a device such as the excellent but not exactly inexpensive Microsoft Surface Pro 4, you may already have had the Creators Update pushed to your device. As with other Windows 10 updates, it’s a matter of Microsoft pushing the updates out to your device, typically overnight so as not to interrupt you when you’re doing actual work.

If you’re not running a first-party device such as a Surface, it is possible to push the Creators Update out to your PC manually, and this isn’t a terribly complex process, involving a single app that checks compatibility in exactly the same way that it would have done if you upgraded from Windows 7/8 in the first place before downloading the components needed for the upgrade. Microsoft’s eventual plan is, as with Surface owners, to push the update out to everybody, because, like its more regular security updates, there’s also a slew of performance and security updates hidden behind the interesting new features. It’s generally wise to keep your PC as up to date at least in security terms as possible to avoid headaches from hackers and buggy software.

That being said, Microsoft has started blocking the automatic rollout process to many PCs. That’s because the Windows hardware ecosystem incorporates thousands of individual components. Within your laptop or PC, you may have one of many different processors, graphics cards, sound chips, Bluetooth or Wireless or Wired networking adaptors, hard drives, optical drives and interfaces, to say nothing of the countless different printers, mice and other peripherals that may still be serving you well many years into their service life. That’s a complex brew of drivers (the software that essentially tells Windows that a graphics card is a graphics card, or a printer how to print) and other configuration possibilities. Not all situations will end with software responding as it should, and Microsoft has already identified situations where the Creators Update, if manually applied, may come a clanger. Hence the block on pushed upgrades beyond known hardware configurations. Microsoft designs and sells Surfaces, so it knows what goes into them, but there are many third party manufacturers and self-builders out there, so it’s a complex problem to solve.

So what should you do with regards to the Creators Update? If you’ve not yet had it suggested for your Windows 10 PC, hold tight. It would still be a decent idea to update when the time comes even if new features don’t appeal, simply so you’re on track for those all-important security updates. If you’ve already got the Creators Update and everything is fine, congratulations and enjoy! If you are hitting problems, see if you can pinpoint exactly what’s going wrong. You may be able to upgrade a specific program or driver to full compatibility, or at least contact the provider of the app or hardware to see if they have solutions to hand. Microsoft does have support options open (Windows 10 Creators Update rollout) if you’ve already got the Creators Update running, but even it advises that pushing it out early to potentially unsupported machines and configurations might not be the best step.