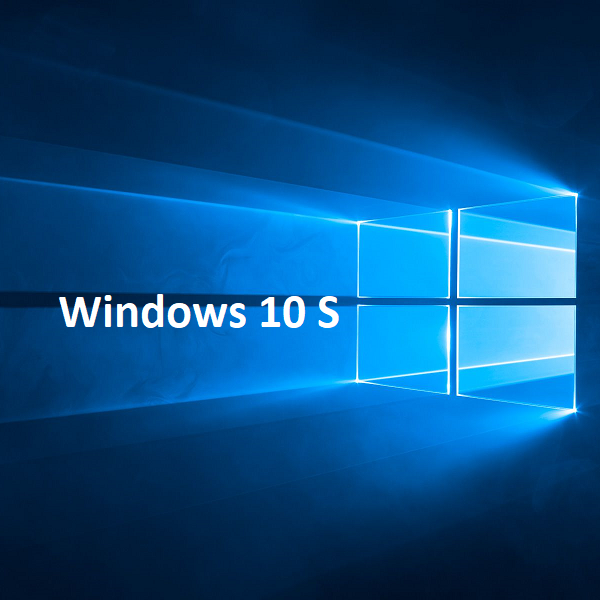 When Microsoft launched its Surface Laptop, it also used the occasion to launch Windows 10 S, a more secure but significantly more locked-down version of its popular operating system.

Windows 10 S will only run apps available from the Windows Store, which means many popular applications that you may run every day simply aren’t available for Windows 10 S users. So far, however, Microsoft has made it relatively painless to switch “up” to the full version of Windows 10 if you’ve purchased a device with Windows 10 S on it, although it claims that around 60 percent of all buyers of low-end Windows 10 S machines have elected to stick with the cut-down operating system. Those figures don’t include Microsoft’s own rather higher-end Surface Laptop, however, which I suspect would have a much higher percentage of switchers.

That’s all set to change, however, with Microsoft effectively making the concept of a “Windows 10 S” laptop all but redundant.

Where previously Microsoft offered an upgrade path for Windows 10 S users who wanted the full Windows experience (along with the security risks that go with it), it will instead pivot to making Windows 10 S available to any system sold as an option, instead of classifying an entire subset of laptops — generally low-end devices, although as with the Surface Laptop, not entirely — as Windows 10 S machines, they’ll instead be sold with the option for manufacturers to provide Windows 10 S across the entire range, sold as “Windows 10 S Mode”.

In effect, you go from having a range of mostly very low cost laptops running Windows 10 S, to one where just about any laptop could be sold with Windows 10 S if that suited your needs, and most predominantly your budget. It’s not likely to become the primary version of Windows 10 moving forwards, and you’re still likely to mostly see it on low-cost laptops, although businesses could presumably order a fleet of more powerful machines with Windows 10 S installed to lock down employee usage of those devices.

What does this mean for you if you buy a laptop where Windows 10 S is the pre-installed option? That will largely depend on which version of Windows 10 it thinks it is underneath, much the same as it does now. If you buy a Windows 10 Home S machine, you should be able to “upgrade” to full Windows 10 at no cost for now, but if you end up with what’s effectively a Windows 10 Pro S machine, that upgrade will incur an additional cost if you needed the full Windows experience.

Microsoft’s treading a very fine line here with that many versions of Windows. It’s not that having different capabilities for different audiences is automatically a problem. Most home users don’t (and won’t) need the features of Windows 10 Pro, with Home being more than enough, but once you add Windows 10 S Mode into the mix, and especially bearing in mind that most manufacturers make laptops on very slight profit margins, you’re creating a recipe for laptops that seem like a bargain but may have costly upgrade paths or limitations you weren’t expecting baked in.

Microsoft hasn’t given a strict timeframe for when S Mode laptops will start being sold, but it’s worth keeping in mind the next time you need to buy a new PC. As always, a little research, and knowing precisely what you’re buying can save a lot of heartache down the track.