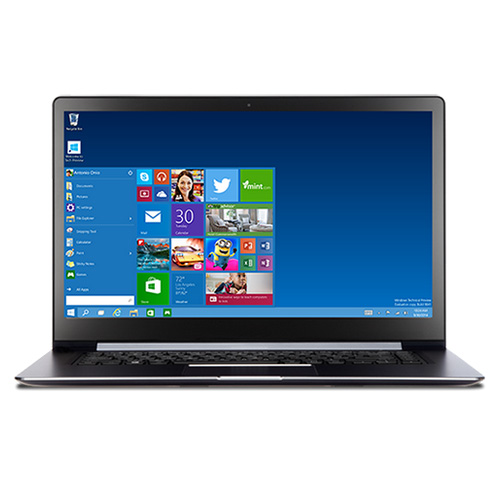 Microsoft made the recent announcement of the next version of Windows it’ll be offering up to consumers. Nothing so strange there, as this is something that Microsoft does every couple of years, although it’s only relatively recently that it started selling Windows 8.

Except that the next version of Windows won’t be, as you might expect, Windows 9. It’ll be Windows 10 instead. Microsoft’s official line on this is that it’s such a huge step up from Windows 8 that it had to jump a version number, although there’s a lot of speculation that it was more or less forced to do so because a lot of legacy code looks for Windows versions starting with “9” — Windows 95, Windows 98 — and as such calling the next version Windows 9 might have introduced a whole raft of incompatibilities with very old code.

So what will Windows 10 be like? Microsoft’s described Windows 10 as an entire “product family” for individual devices from the Internet of Things to phones to laptops to tablets and everything else inbetween. That most likely means that we’ll see Windows 10 branding across everything, and may well mean that those using Windows Phone operating systems have to jump another gulf of incompatible apps to work within the new scheme.

One lesson that Microsoft does appear to have learned from Windows 8 is that not everybody loves or wants a lot of touchscreen experiences. While Windows 10 still has some strong hooks for touchscreen use, it’s also going to be more recognisably “Windows” as users more traditionally view it, which means that the Start Menu will make a full reappearance, although looking a little different under the new operating system.

Specifically, it’ll contain not only standard applications, but also live tiles — as many as you’d care to use — giving it flexibility whether it’s used with a touchscreen or mouse and keyboard. Multiple desktops will get a shot in the arm with Task View, which borrows a little from the same kind of function in Mac OS X, where it’s known as Mission Control. What it does is give you a view of every application running on every virtual desktop you’ve got. For power users, this should enable very fast switching between applications at will, as will the ability to snap up to four windows — even traditionally full screen Windows Store apps — into place on a single desktop.

Microsoft’s made an early preview build of Windows 10 available to those keen enough to take a look. Being a full (but not completed) operating system it’s a hefty download at more than 3GB total, and you’d be mad to install it on any work machine, as being an early build crashes and incompatibility are the name of the game. That being said, if you’d like a view of what Microsoft’s got in store for when Windows 10 launches next year and you’ve got a spare PC to install it on that meets the necessary technical requirements, it’ll give you an early insight into whether Windows 10 is likely to score highly with you.