Windows 10’s Updates Will Be Fast, But At A Cost 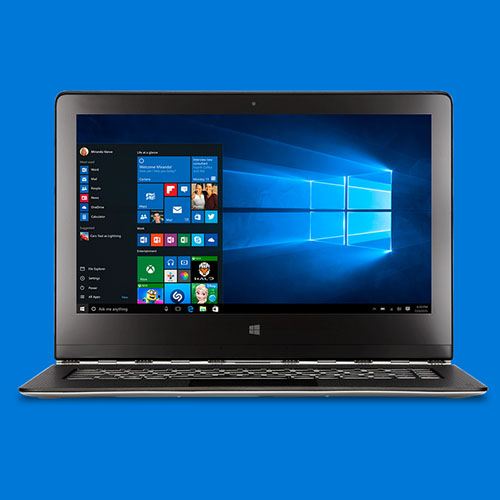 By now, you may have upgraded your Windows 7 or 8 PC up to Windows 10. There’s not too much of a downside in doing so, given that Microsoft’s quite openly announced that for the first year, upgrades to Windows 10 will be free to download for any qualifying PC. That’s been quite a shift for Microsoft, and while it did have to somewhat juggle matters at the last minute by admitting that not everyone would get access to Windows 10 on the 29th of July as had originally been stated, instead opting for a staggered release based on when you first “reserved” you copy, over the first couple of days it’s quite happy with progress, announcing that at least 14 million computers had been upgraded to the new operating system.

The Windows 10 upgrade process is an essentially self managed process that mostly just relies on you having around 3GB of download capacity for the necessary files and a bit of time when you don’t need your main PC up and active to manage the installation process. Once that’s all done, and as long as your PC has enough in the way of supplementary drivers, you’re all good to go with Microsoft’s latest operating system.

Only that’s really the start of the journey, and there’s a few things you should look at switching around, depending on your particular business or personal needs, especially if you’re on a limited bandwidth connection, which is most of the Australian online population.

Windows 10 won’t quite have the standard Windows Update process, instead relying on a mix of Microsoft’s own servers and your own PC to serve up security fixes and updated applications. Yes, you read that right: Your PC, and by default your own bandwidth is used in a shared way to serve out updates to any and all Windows 10 users. The upside of this is that it should deliver Windows 10 updates to your PC quite a bit faster as you get individual parts of an update file from many other users, in the same swarm way as any other peer to peer application.

The issue here is that it’s enabled by default and could therefore be using up large parts of both your available bandwidth from your connection as well as your quota if your ISP counts uploads, which most do. It’s not an issue if you’re on a fast connection with a large quota, but if your resources are more meagre, it could be a notable issue. 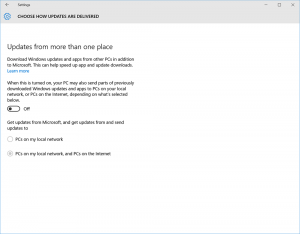 Thankfully, you can opt out of Windows 10’s update sharing policy without leaving your PC notably compromised, by opting to only get updates from Microsoft directly itself. To enable this particular feature, Open “Settings” and click on “Update & security”. From there, choose “Windows Update”, and from within there, “Advanced Options”. In the section “Choose How Updates Are Installed” there’s a toggle for “Update From More Than One Place”.

Ever get the feeling that Microsoft didn’t really want you finding this particular tweak? Yeah, me too.

In any case, if you disable that, your Windows 10 PC won’t share out updates, and will instead only get them from Microsoft’s own servers. That may be a little slower than getting them in a peer to peer basis, but it won’t impact your broadband beyond the need to download the updates themselves.