Windows 8.1 Update: Microsoft on the backfoot 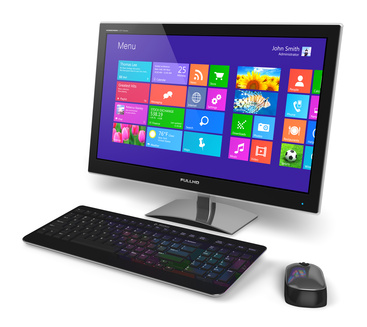 Microsoft has announced its latest update for the Windows 8 operating system, bringing Windows 8.1 all the way up to… Windows 8.1.

Which is slightly confusing if you’re used to standard software versioning numbers. Instead. the latest update to Windows 8.1 will itself be called by the catchy name of “Windows 8.1 Update”, which is a name I’m certain gave Microsoft’s marketing department headaches.

Windows 8.1 Update will be available for all users from April 8th, and it’s quite likely that if you log into a Windows 8 or 8.1 machine after that date you’ll be heavily prompted to update.

Windows 8.1 Update further tweaks the Windows 8 experience with particular features designed for those who prefer mouse and keyboard to touchscreen operation. So what’s new?

What’s new is, essentially speaking, a lot of stuff that is in fact old, or at least old if, like Microsoft, you had viewed touch features as the future. Undeniably there will be bugfixes under the hood, but the headline features are much less touch-centric and seriously more focused on keyboard and mouse users.

If you’re a keyboard warrior, you may well have set Windows 8.1 to boot directly to the desktop, but if you didn’t, you’ll find that the start screen now has icons for power and search directly, rather than having to hover the mouse on the right hand side of the screen via the Charms bar.

Speaking of the start screen, it’s not been the most mouse-friendly environment. That’s set to change with Windows 8.1 Update, adding the ability to right click on tiles to bring up a context menu for uninstalling apps, unpinning apps and changing their size. App sizing is something that’s likely to be more important for desktop users, and with that in mind, 8.1 Update also allows for more apps on the start screen itself.

Switching to desktop mode, Windows 8.1 Update adds the ability to add Modern UI — those are the tiles on the Start Screen — apps to the taskbar for fast access if you’re a mixed mode user. They’ll still launch as full screen Modern style apps, but it at least it makes switching between them a little easier. Modern Apps will also gain a desktop-style taskbar, accessed by hovering at the top of your app screen for a few seconds.

There’s an axiom in entertainment that you always leave them wanting more, and in Microsoft’s case it’s pretty clear what the “more” in this case actually is.

If you’re badly missing the Start Menu in the meantime, you’re going to need to use a third party utility such as Classic Shell to reinstate its look and functionality. Microsoft doesn’t officially support Classic Shell — because it’s not their software in the first place — but it’s generally regarded as the go-to solution for those wanting a more Windows 7-style operating system environment to use.