Windows XP: End of an era 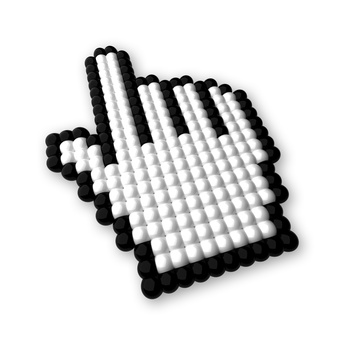 If you’re still running Windows XP, then you’re probably aware that Microsoft will very shortly cease offering support for the now rather old operating system on the 8th of April.

Windows XP was formally launched on October 25th 2001, which means that by the time Microsoft officially stops supporting it it’ll be over twelve years old. That’s a long time for a single operating system to maintain the kind of market share that Windows XP. To give it some context, in that twelve year time span, Microsoft itself has released three different “new” versions of Windows — Vista, Windows 7 and Windows 8 — and we’ve seen the birth of everything from smartphones to tablets to 3D printing.

But what does the “end of support” actually mean?

There’s a couple of critical distinctions here. Firstly, there’s the very simple fact that, up until the 8th of April 2014, if you phoned up Microsoft and were willing to pay, they’d offer phone support. Call them on the 9th, and they’ll politely inform you that Windows XP is no longer a supported operating system.

You might think that this would be all that you’d have to worry about, but actually, the technical support side of Windows XP is the minor side of the issues you’ll face if you’re still running a Windows XP machine in 2014.

The issue is that the end of support also means the end of development of software patches from Microsoft, and that’s a much more serious issue. It’s not to do with whether Internet Explorer might get new features, or Windows Media Player might support a new file format, but instead to do with any security holes that could be found and exploited on the Windows XP platform.

Operating system software is by its nature highly complicated code, and human beings are prone to errors. It’s essentially unheard of for any large software project not to have one or more bugs of varying severity.

Microsoft has been busy for the past twelve years patching over any vulnerabilities that might allow external forces access to Windows XP machines but that all stops on April 8th.

It’s not likely that Windows XP machines will be met with a deluge of new malware on the 9th, but the fundamental issue is that over time, if new issues are discovered, nobody will be patching them at all.

Existing security software can cover over some gaps and may offer minor level protection, but the reality there is that the security software companies don’t have the deep level access to Windows’ source code to make permanent changes.

How big a problem is it? According to online metrics site NetMarketShare, in February 2014, 29.53% of all online machines were running Windows XP, , beaten out only by Windows 7 systems running at 47.31%. It’s not clear how many of those machines are actually consumer systems, as Windows XP’s software runs on a variety of industrial process machines as well.

But purely by being the second most popular online operating system, Windows XP remains a tempting target for malware writers keen to create zombie systems and rip out personal data that can be worth real money. When Windows XP is no longer supported or updated, it means that any errors in the code that become widely known will be widely exploited, if only because the malware writers only need a small strike rate to be profitable.

Or in other words, if you’re sitting on a Windows XP machine that regularly connects to the internet, the clock is ticking — and it’s not ticking in your favour.